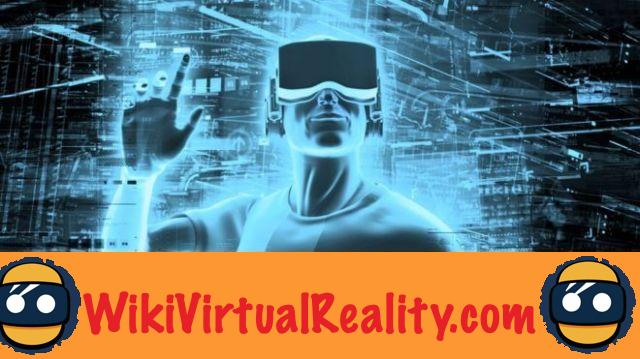 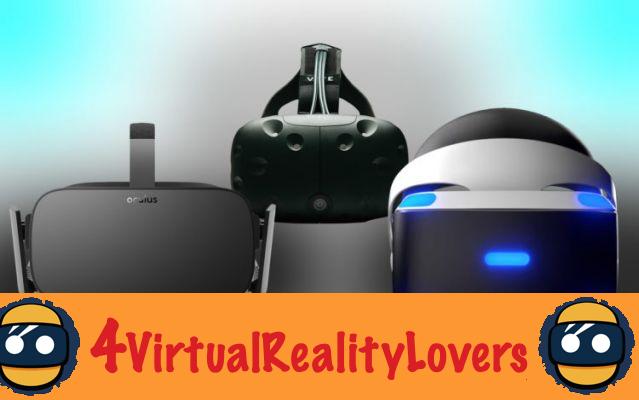 The VR year 2016 started in January. As part of CES, EVGA presented a new graphics card specially designed for virtual reality. For his part, Nvidia presented its GeForce GTX VR Ready certification program, ensuring compatibility of graphics cards and assembled PCs with VR. The Las Vegas show was also an opportunity to discover accessories like the Virtuix Omni carpet, but also promising applications like Everest VR. From the start of 2016, the red carpet was rolled out for the arrival of RVs in the cottages.

However, it took wait until March 28, 2016 for the Oculus Rift, the first consumer virtual reality headset, to finally be available for sale in a finalized version. Of course, this entry into the market was not without unpleasant surprises. The tax-free retail price of $ 600 disappointed many consumers, who hoped the product would be priced between $ 250 and $ 500. The disappointment was even greater for Europeans, who must pay a sum of 700 € to acquire this accessory. In addition, many delays in deliveries further tarnished the picture. Despite everything, after long years of waiting, the Oculus Rift was finally available. This object which was once a simple idea formulated on Kickstarter has materialized into a functional device accessible to the general public.

A few days later, on April 5, HTC and Valve in turn launched the Vive, a headset at 800 dollars (more than 900 euros in France) offering an even more impressive experience. Indeed, While the Rift mainly offered a seated use with a joystick in hand, the Vive and its tracking stations offer room-scale technology allowing to move in the real world and in VR simultaneously. In addition, its controllers specially designed for virtual reality make it possible to transpose the user's hands into virtual environments.

Suffice to say that the Rift and the Vive did not play in the same range, despite a relatively similar price. The Rift, however, made up for lost time at the end of the year with the arrival of Room Scale and Oculus Touch controllers, particularly ergonomic and pleasant to use..

Le October 13, it was the turn of the Japanese Sony to market its PSVR headset, specially designed for the PlayStation 4. With a pleasant and comfortable design, and offered for a price of € 399,99, this device has everything to please the millions of PS4 owners, and allow the democratization of virtual reality. Only the quality of the image, lower than that of the Rift and the Vive, plays against the Japanese manufacturer.

We will be very soon in 2017, and Oculus, HTC and Sony are currently positioned as the three leaders in the international VR PC market. However, the high price of the equipment offered by these firms, and the many defects inherent in the very first generation of products, hamper their commercial success with the general public.

Prices too high for the general public

There is also the price of a VR-Ready PC compatible with virtual reality. When the Rift and Vive were launched, such computers cost a minimum of $ 1000 to $ 1500. Fortunately, these prices have fallen considerably during the year. The release of AMD Radeon RX 480 and Nvidia GeForce GTX 1060 graphics cards, worth around € 250, allows you to get started in VR at a lower cost. Previously, you had to count twice as much for a VR-Ready graphics card.

In addition, some software technologies can reduce the computer power required to access VR. At the Oculus Connect 3 conference, Oculus unveiled the feature

For its part, Microsoft has not yet unveiled a virtual reality headset. The However, the firm has announced that it will offer a $ 300 VR headset next spring that is much less demanding than the Rift or Vive, compatible with most mid-range Windows 10 PCs available on the market. This solution could therefore significantly reduce the cost of access to virtual reality.

The potential of VR headsets remains chained by the threads 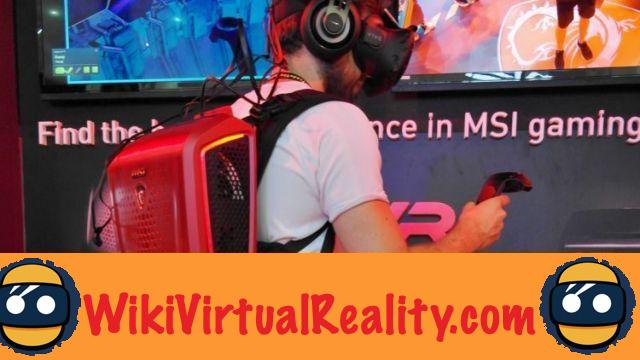 In order to tap into the computing resources of computers, VR headsets must be connected to the PC via multiple cables. These threads are very annoying for the user. Absorbed by virtual reality, the latter risks tripping or becoming entangled.

To remedy the problem, several manufacturers are offering new PCs to wear as backpacks. Prestigious brands like Zotac, MSI, HP and Alienware offer all their PC backpacks. Thus, the wires of the VR headsets are directly connected to the back of the user who can move without hindrance.

This ingenious solution remains provisional, however. As VR technologies evolve, wires are gradually disappearing. The next generations of VR headsets will likely be without cables. Oculus has already announced to be developing a new wireless headset, and HTC is financially supporting the development of several solutions to use Vive wireless.

The mobile VR market is taking its own direction 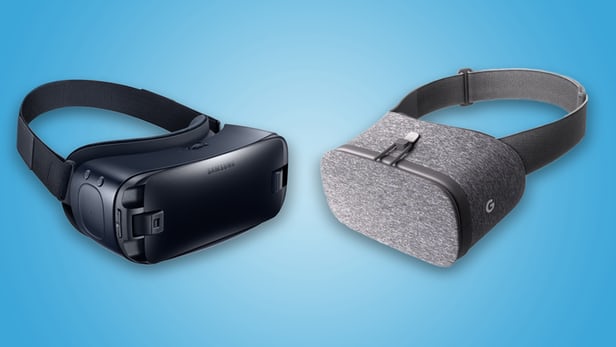 Along with PC headsets, the mobile headset market is developing. Recently, the co-founder of Oculus, Brendan Iribe, has also made the decision to separate the VR PC and mobile VR divisions of the firm. Today, mobile headsets offer a lower quality visual experience, but have the advantage of being wireless and easily transportable.

In 2016, Samsung continued to expand its influence in this market by releasing a new and improved version of its Gear VR headset, developed by Oculus and compatible with the brand's high-end smartphones.. It was last November that Google in turn launched into premium mobile VR with the Daydream View.

Actuellement compatible only with Google Pixel smartphone, this headset will work with most high-end Android smartphones of 2017. Manufacturers HTC, LG, Xiaomi, Huawei, ZTE, Asus, Alcatel, Lenovo and Samsung have already announced their intention to market smartphones.In addition, more headsets running under the Google Daydream platform, designed by other manufacturers, should see the day from next year.

In China, the rise of VR cafes and specialized arcades 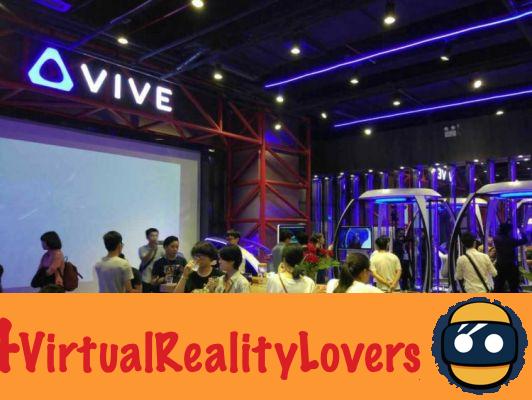 According to Niko Partners, Chinese virtual reality market could reach a value of 300 million dollars by the end of December 2016. In general, Chinese consumers seem to be much more interested in virtual reality than Westerners. According to a recent study, 50% of Chinese gamers are interested in VR, and 30% are willing to spend more than $ 200 on a VR headset on an average annual salary of $ 12.

However, mobile virtual reality seems to be much more popular with the Chinese. Because, local businesses like Xiaomi, Huawei, Pico VR, Baofeng Mojing and Deepoon offer their affordable mobile devices online and in their physical stores with a lot of marketing.

High-end PC VR headsets are too expensive for consumers. This is the reason why VR internet cafes and dedicated arcades are so successful. There are currently 3000 VR cafes on Chinese soil. Within these establishments, consumers can try high-quality VR experiences for $ 8 for 30 minutes. Shunwang, the leader in internet cafe management software, recently offered a VR Ready version of its platform.

Similarly, HTC recently opened an arcade in Shenzhen and plans to open many more in the near future. Chinese company Shanda has invested $ 350 million to open a VR amusement park.

Make no mistake about it, however. The China could soon become the epicenter of high-end virtual reality, thanks to investments from tech giants like Alibaba, Xiaomi, HTC, Chukong, Shanda or Tencent. Just as Chinese manufacturers have managed to gain the upper hand in the smartphone industry thanks to the competitive prices of their high-end equipment, they could soon impose themselves in the VR headset market. We can cite for example the very promising Storm Mirror, an overpowered virtual reality headset expected for a relatively affordable price.

The future of virtual reality

For the time being, only people initially enthusiastic about VR seem willing to invest in the more expensive PC headsets. The limits which currently hamper the purchase by the general public, such as connection cables, should however be overcome by the second generation of virtual reality headsets. The Vive 2 could be presented at CES in January 2017, with new controllers similar to the Oculus Touch as well as a fully wireless system.

As mentioned above, Microsoft to slash VR headset prices with around $ 10 Windows 300 compatible headset. The firm should also take advantage of the end of next year to unveil its Xbox Scorpio console, which would potentially be compatible with the Oculus Rift and the Windows 10 headset. The American would therefore be able to counter Sony's offensive and of his PlayStation VR.

- VR games, on the other hand, are expected to improve as developers gain experience. 2017 should mark the arrival of AAA games in VR. To conquer the general public, however, it will be necessary to understand what they are really looking for through this medium.

If 2016 can be seen as the birth year of VR, 2017 will likely be the infancy of the market. The technology will undoubtedly be refined, open to the general public, while the content will expand and gain in quality over the months. However, it is possible that the fire will not catch on, and that the virtual reality phenomenon gradually sinks into oblivion. Nevertheless, the billions of dollars invested by many visionaries in the high-tech industry should hold their share of surprising innovations for the times to come.