39% of game developers work on VR or AR applications 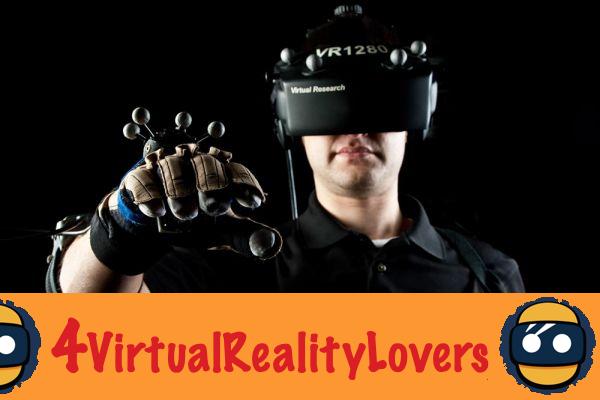 A survey of the 4.500 main video game publishers before the 2017 annual game developers conference, which will be held from February 27 to March 3 in San Francisco, United States, proves their significant interest in the game. virtual reality and augmented reality. 39% of them would develop a game that is compatible with a VR or AR platform. The HTC Vive virtual reality headset has become the medium of choice for these games, scrapping the priority on the Oculus Rift and outclassing the PlayStation VR. 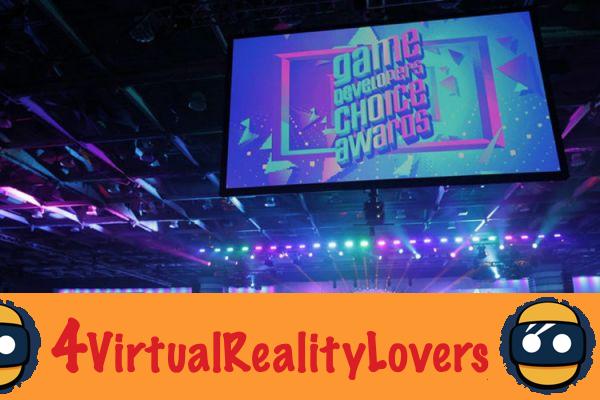 The growing interest of game developers in VR and AR

It was at the end of 2016 that virtual reality really took off with the release of the HTC Vive, Oculus Rift and PlayStation VR headsets. Despite its young age and the limited equipment sold, game developers remain particularly optimistic with these technologies. Thestudy conducted among 4.500 game developers before the annual GDC high mass proves it and they already have their favorite platforms, often against the current of the market. 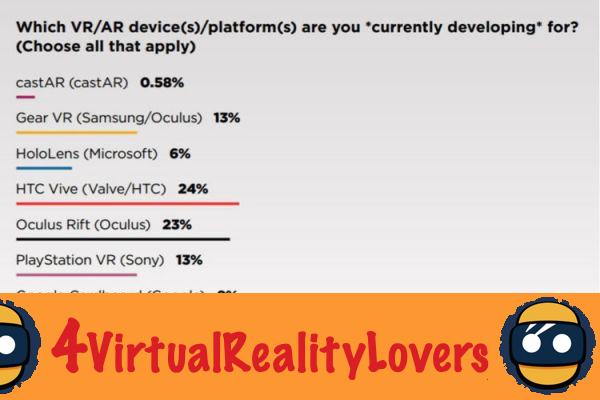 The sales figures for the year 2016 of virtual reality headsets given by the analysis firm "Super Data" show that the headset Samsung Gear VR leads reality headset sales with an overwhelming 72% market share. PlayStation VR takes second place on the podium followed by HTC Vive. The Google Daydream headset is in 4th position ahead of the disappointing Oculus Rift and its modest 5th place. Note that the Google Cardboard virtual reality mask is however the best-selling, by far, but is not included in this ranking, because it is not considered a virtual reality headset. 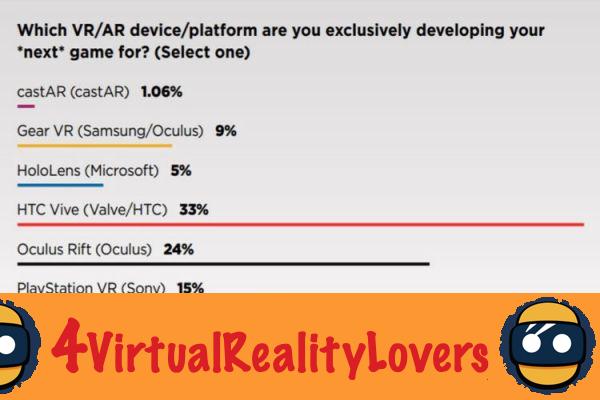 However, game developers interested in virtual reality seem not to follow user interest in a particular headset since 33% of them develop a game that runs on HTC Vive. 24% develop for the Oculus Rift headset and 15% for the PlayStation VR. They are only 9% to develop a game for the Gear VR, however widely sold, or a small 4% for the Google Cardboard which offers, it is true, very limited capacities. Finally, the Google Daydream View, despite the fact that it is not yet marketed in many countries and that few phones are currently compatible, is not forgotten because 9% of publishers develop a game compatible with this medium.

Although showing real potential demonstrated by "Pokemon Go", augmented reality remains somewhat of the poor relation of this study. Only 1,06% of game developers work on a medium as well. Microsoft's Hololens mixed reality glasses, despite their rather dissuasive prices, nevertheless interest 5% of developers. 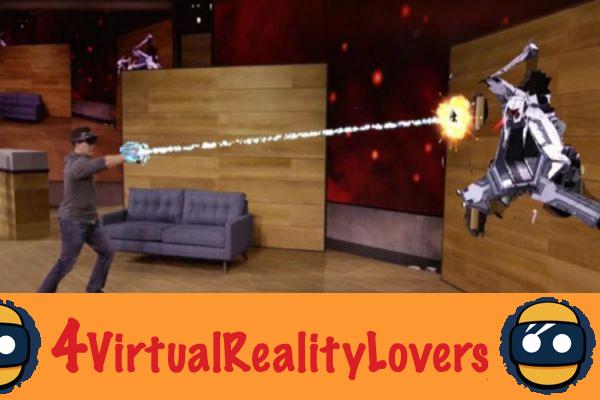 The interest of game developers for one or another model of virtual reality headset or augmented reality support could change the game by changing the public's interest from one support to another. It is indeed evident, as game consoles have shown, that public interest in a medium is also largely focused on the quantity and quality of compatible applications.

NextVR has developed a 360 degree camera for ghost hunting ❯