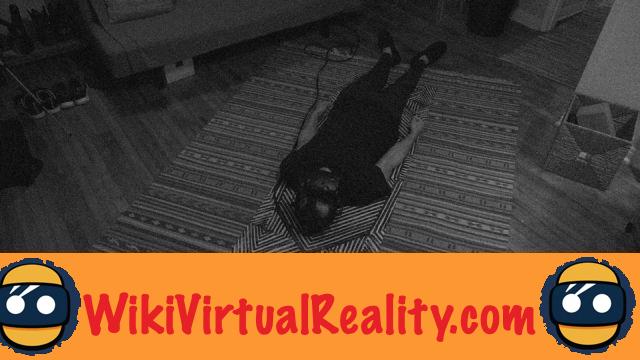 If you have used a virtual reality headset for an extended period of time, you probably know that harmful side effects are starting to be felt: nausea, migraine, eye fatigue, etc. so many symptoms that make you want to come back to reality to rest a little.

However, a man named Jack Wilmot decided to check out for himself what can happen if we spend a week in virtual reality. From February 20 to 27, 2019, he remains in virtual reality and broadcasts his experience live on Twitch, Twitter and YouTube.

So, Internet users who come to watch the "show" will be able to play the role of observers in this scientific experiment by observing it and analyzing the effects of such a long stay in the virtual world. The hero of VR has also created a Discord to allow Internet users to communicate with him orally.

Stay 7 days in virtual reality to analyze the effects

During this trying adventure, Jak indeed hopes discover ways to stay healthy and productive during prolonged use of virtual reality headsets. Indeed, he is convinced that virtual and augmented reality will replace smartphones by 2038 and believes that it is important to improve their comfort of use in view of this democratization.

In order to compare the effects of different headphones, Jak Wilmot will be changing aircraft regularly during this week. As a precaution, he allows himself to take 30 seconds each time he changes his helmet to eat, sleep, stretch or wash. The room he is in has no windows, which will allow him to maintain his circadian cycle by simulating day / night cycles.


The experiment started on February 20, 2019, and will end on February 27, 2019. To watch Jaw Wilmot live while he stays in VR, go to his official website at this address and choose one of the streaming platforms offered.

Black Friday: the Occulus Rift pack with Touch and 2 sensors at - 30% ❯