A few words about the Laval Virtual 2014 technology fair 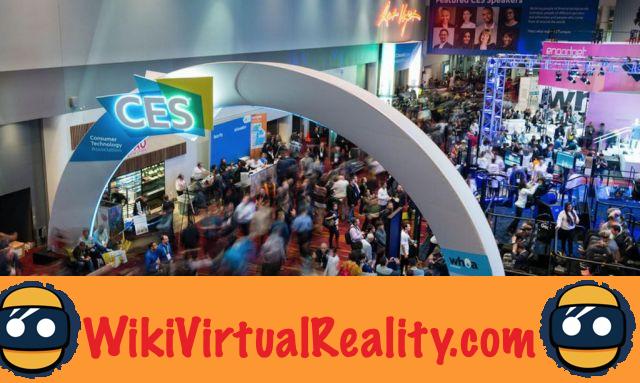 The sixteenth Laval Virtual fair took place from April 9 to 13, 2014, once again bringing together the main companies working in the field of virtual and / or augmented reality. Among the 114 exhibitors presenting projects more innovative than the others were selected some pearls:

The French company Immersion presented an interactive table designed to facilitate collaborative work. This support allows viewing, exchanging and annotating digital documents as well as remote control of connected devices. Let us wish him not to know the same disastrous fate as the tactile table presented in 2007 by Microsoft and too quickly fallen into oblivion.

The Japanese University of Tsukuba demonstrated its impressive 3D modeling system. Thanks to its super intuitive interface, it will soon be as easy to make a 3D model as to play with the modeling paw.

As for immersion in the virtual, BeAnotherLab presented the surprising machine to be another (The machine to be another), an interactive experience of exchange of point of view. This project, in addition to the fact that it offers the possibility of feeling an impressive sensation of extracorporeal exit, also makes it possible to perceive our consciousness in the body of the other, thus offering the possibility of developing tolerance and empathy in its users. .

For their part, EDF and R&D have put forward a simulator for visiting virtual buildings in a wheelchair, which should make it possible to easily identify problems of accessibility to people with reduced mobility in architectural projects even before work begins. This simulator could also help train newly disabled people to use a wheelchair thanks to its realistic haptic system.

Also in the sector of assistance to people with disabilities, the University of Brussels (Belgium) has developed a software allowing amputees to fight against phantom limb pain by observing their image on which is embedded in real time the missing member.


But it is Cyberith's must-have Virtualizer that offered visitors the most immersive experience with its omnidirectional treadmill which, coupled with the highly anticipated Oculus-rift virtual reality glasses, offers users the pleasure of exploring universes. virtual in a natural and intuitive way. There is no doubt that many fans of FPS games are eagerly awaiting the commercial release of this toy.

We will retain from this meeting that despite the rise of virtual reality in increasingly varied fields, fun and sensory immersion projects are still very present and offer always innovative products to the delight of visitors. .