A glove to touch virtual reality 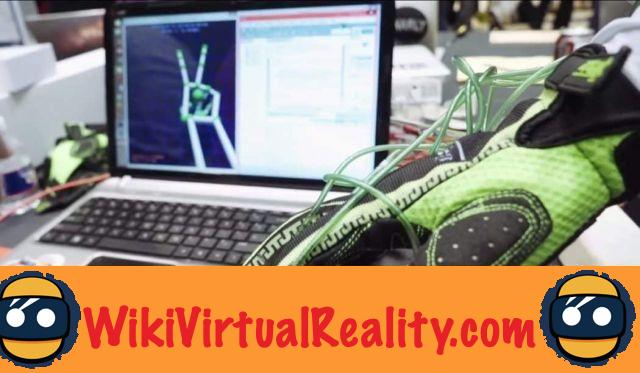 A team from Rice University has developed the Hands Omni Glove, a glove aimed at introducing the sense of touch into virtual reality experiences.

In recent years, virtual reality has been booming. The breathtaking economic potential of virtual reality (nearly 380 million in 2018 according to MarketsandMarkets) is growing players in the technology world to work extra hard to develop new products. Viewers and headsets are on the rise, as are games, applications and

It is for this reason that the invention of a Rice University student team, in the United States, is particularly intriguing. These young engineers created the Hands Omni Glove, a glove that allows its user to touch, squeeze or grab objects during a virtual reality session. 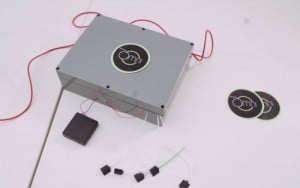 The technology used has not yet been revealed but we already know that the haptic sensation comes from pockets at the end of each finger glove. They inflate with air to give the impression to the user that he is touching a virtual object. The fingers are individually stimulated, with the exception of the little finger, which receives the same sensations as the ring finger - indeed, it is quite rare to catch something with the little finger.

The glove is designed to be as discreet as possible. With its 350 grams, it is light enough not to inconvenience the user, even after a while. Most of the weight is distributed over the forearm, which can support more mass than the back of the hand and fingers. Moreover, he works without cable, so as not to hinder the movements of the wearer. 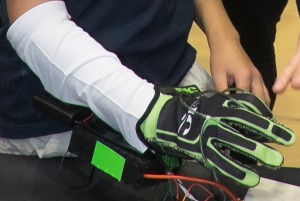 Finally, according to the designers, it will be quite easy for programmers to insert glove protocols into their games and projects.

In the leading pack?

The Hands Omni Glove is promising. He also won the audience award at a Rice University Engineering Design Exhibition and enjoys the Virtuix support, a Houston-based technology company. It remains to be seen whether the team of budding engineers will quickly finalize their product and not have the virtual reality giants hacked to their heads.

add a comment of A glove to touch virtual reality