A record 1,3 million VR headsets connected on Steam in December 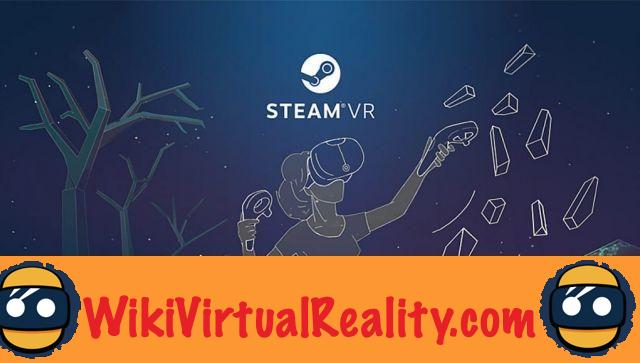 The number of virtual reality headsets connected monthly to the gaming platform, Steam VR, continues to grow. A record was achieved in December and the progression is becoming exponential.

Valve's monthly Steam VR survey has been offering insightful information on the share of VR headsets used on the platform since the early days of virtual reality. However, the numbers provided relate to the non-static Steam population, which masks the actual adoption trend of VR headsets on the platform. To demystify the data, our American colleagues from the specialist journal, Road to VR, have developed a proprietary model that derives the real number of VR headsets by correcting the changing population of Steam. 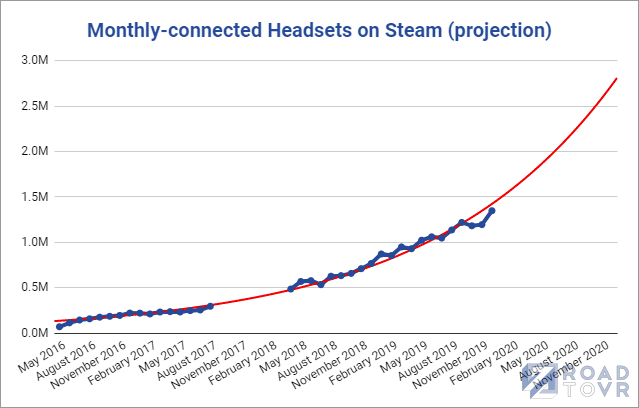 A record 1,3 million VR headsets on Steam in December 2019

According to the latest data collected by our colleagues monthly VR headsets connected on Steam hit a record 1,342 million last December. A new absolute record for the platform. The previous one went back to September. Two factors explain this rise. First of all the release in December of various interesting games but also undoubtedly new owners of VR headsets who were offered a device at Christmas.

Apart from the record, another very interesting fact came out of this study. Indeed, analysis of the historical curve shows that it closely corresponds to an exponential curve with an R² value of 0,986, from the month when the first consumer headsets arrived on the market in 2016. This therefore makes it possible to make a projection for the coming months. The graph suggests that the number of VR headsets on Steam will approach 3 million by the end of the year. Note that this study only concerns the Steam VR platform for PC VR headsets. Oculus has its own platform as well as PlayStation.

A field of view and resolution that make the StarVR dream ❯

add a comment of A record 1,3 million VR headsets connected on Steam in December