A USB 2.0 cable can now be used for the Oculus Link 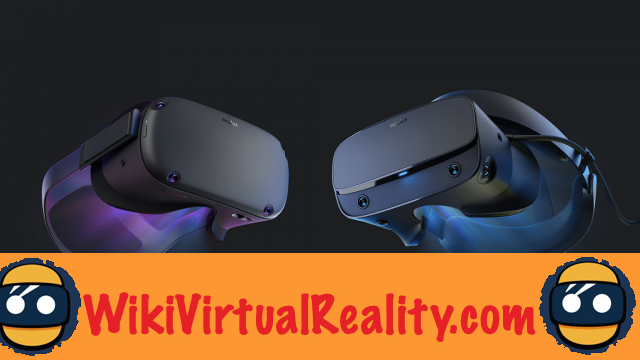 Oculus PC software now allows using a USB 2.0 cable to connect the Quest headset to the PC and use the Link function. So even the three-meter USB cable that came in the box with the Quest can be used for this purpose. Even so, it is described as being a charging cable and not a data transfer cable. Indeed, this is possible throughan update initially proposed in beta.

Until now, it was necessary to use a USB 3.0 cable, including the one sold directly by Oculus at 89 euros. However, this price may seem expensive, despite the appreciable length of five meters. Fortunately, there are other much more affordable alternatives with other USB 3.0 cables of sufficient length. This update therefore allows the use of a USB 2.0 cable of a lower generation. However, the few tests carried out prove that it works well. In addition, there does not seem to be any glaring difference between the two types of material.

Very few differences between USB 2 and 3

However, for those who are not afraid to tweak, some parameters can be modified with the Oculus Debug Tool in order toimprove picture quality. It is thus possible to increase the resolution, for example. Therefore, the interest of using a USB 3.0 cable is not so obvious. However, John Carmack (co-founder of ID Software and CTO of Oculus) said last November that he wanted take advantage of the bandwidth gain provided by USB 3.1. He nevertheless qualified his remarks by saying that it would take time. So much so that today a simple USB 2.0 seems perfectly suitable. Note that the Oculus software warns all the same that performance can be improved with the use of a USB 3 cable.

Here is the procedure to be able to use a USB cable with the Oculus software on a PC. We must first go in the settings on the Beta tab. Then just activate the function Public testing channel. The application should then automatically update. When done, you should be able to use any USB 2 cable (but USB C), especially the one that came with the Quest.

Let us know in the comments if you see any major differences between USB 2 and 3.

add a comment of A USB 2.0 cable can now be used for the Oculus Link