A VR tool to transform words into 3D models 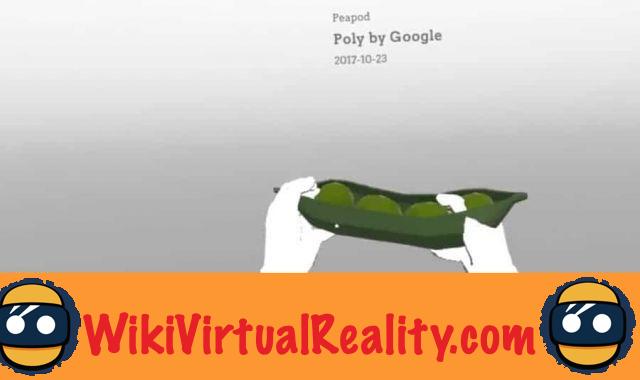 A developer specializing in virtual reality posted on his Twitter account a video of a very interesting tool for VR that he designed. This allowsget 3d models from letters to spell words. To do this, it uses Google's Poly, the platform for viewing and sharing 3D objects. The potential of this technique seems enormous and it should even be able to be used in video games or as part of a creative process.

As we can see in the video shared by its creator, the tool seems to be working very well. User forms words with letters he has at his disposal and then gets the 3D object of the word after pressing it. When it stretches the object, it becomes again a word, a succession of letters.

A valuable tool in education

Our colleagues at Uploadvr contacted the developer, Andy Bacon, to ask him why he had designed such a tool, and how he planned to use it afterwards. He first replied to them that he intended touse his creation as the main mechanic of a game called Lexicon. In addition, he clarified that he had been working on this project since 2014, without too much success. However, Andy picked it up last September, this time integrating VR. Someone on Reddit then got him suggested to use Poly platform to have access to all the 3D models he wanted.

Thanks to this, you no longer need to model all 3D objects. Moreover, loading of models is done almost instantly. However, the result obtained is not always what is expected. Thus the word pine forms a tree and the word paper forms a paper airplane. Andy hopes to be able to further develop this tool, and the Lexicon game that uses it. His video also sparked a strong reaction in the education community. Indeed, it is there a fun way for kids to learn spelling. This is why he is studying the possibility of orienting his project also in this direction.