A woman finds her deceased daughter in virtual reality: should we say stop? 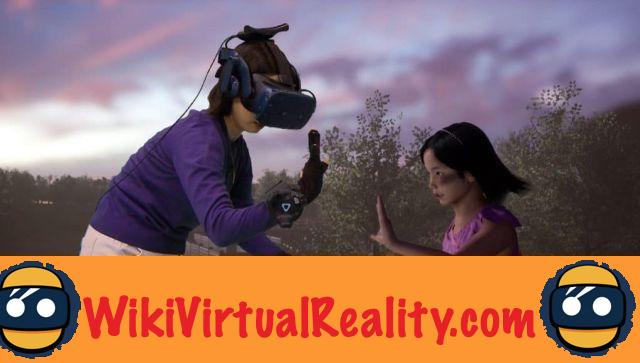 La virtual reality offers many possibilities, but should we explore them all? The question arises, facing a documentary broadcast by the South Korean television channel MBC.

This report entitled ”” presents a family bereaved by the death of their seven-year-old daughter, named Nayeon. Using photogrammetry, motion capture and virtual reality, Korean startup Vive Studios has recreated Nayeon so her mother Ji-sung could see her one last time.

This virtual version was created in eight months, based in particular on photos and videos of the child who left too early as well as his little sister who looks like two drops of water. A artificial intelligence has also been added to allow the avatar to have a conversation based on family interviews and videos.

Can virtual reality make us immortal?

Equipped with an HTC Vive Pro, Vive Trackers and a wireless adapter, Ji-sung revisits a virtual version of the park his family liked to go to. In this alternate world, Nayeon laughs and asks her mother if she's scared. She takes his hands.

- good memories follow one another in VR, from Nayeon's birthday to his most precious moments of bond with his mother. She asks him to tell her father to stop smoking, and her brothers to quit less.

Obviously, in addition to pulling out a few sobs, this documentary makes you think. Should we mourn, or can we imagine a future where the deceased will remain forever in VR? A question that the series was already asking in the episode:

At first glance, this reconstruction of a deceased child may seem creepy and unhealthy. However, we can see that Ji-sung found some comfort there. This experience may have helped him to overcome, as much as possible, this terrible ordeal. It can therefore be a relevant application of virtual reality for those who wish to use it ...

add a comment of A woman finds her deceased daughter in virtual reality: should we say stop?