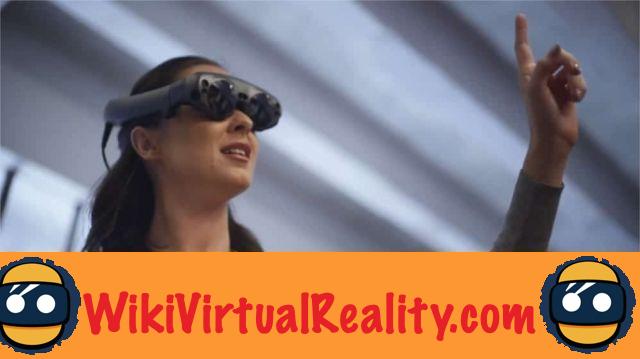 Even if its field of view is quite disappointing and its price is rather discriminatory, the Magic Leap One Creator Edition version is, by far, the best in augmented reality at the moment. The mixed reality glasses effectively exceed the quality of Microsoft's current HoloLens. However, the software giant has promised a new version of its headset in 2019 and Apple is reportedly working on mixed reality glasses, too. This AR war should force key players to outdo themselves and come up with welcome improvements. Update on upcoming augmented reality releases and improvements.

After Magic Leap One: while waiting for the other devices

First impressions of the Magic Leap One Creator Edition have been quite mixed. Many indeed hoped for THE revolutionary product announced but, even if the lucky few who were able to test the glasses praise the bright and realistic colors as well as the depth management, the reduced field of vision and the price disappointed.

Rony Abovitz, the boss of Magic Leap has promised a new version of his mixed reality glasses in the coming months with improvements and, hopefully, a reduced price. Microsoft is expected to release a new and improved version of its HoloLens headset next year, and we know Apple is secretly working on an augmented reality device. The next few months should therefore see fierce competition but also solid improvements. high-end mixed reality devices. The difference may also play out in terms of content and in this area, Magic Leap works hard and has created partnerships that look promising. Even though, at the moment, the products are very good, there is nothing transcendent. Keep in mind that this is a recent technology and should improve over time.. Either way, the response from Microsoft and Apple is eagerly awaited. Releasing a less efficient and more expensive product would actually be suicidal.

The Elder Scrolls III: Morrowind is finally available in VR! Here's how to play it ❯

add a comment of After the release of the Magic Leap One, all eyes are on Apple and Microsoft