Airbus gives an overview of its military module for the Hololens

It is military equipment that is unlikely to be available to the general public. However, in view of the first visuals that were unveiled, we must recognize that it would almost make you want to engage ...

This is a surprising publication from Airbus Defense and Space, a demonstration of the tool called "Holographic Tactical Sandbox ". A project that one might have thought tinged with the secrecy rate.

A juicy military contract for Microsoft

It is a huge contract that Microsoft won with the US military. $ 480 million to provide modified Hololens 2 augmented reality headsets for soldiers in the field for the US military. However, beyond the headset, which will be different, we must also have augmented reality applications. There, it is Airbus which comes into play if we believe this revelation. This sandbox is therefore designed to work with the Airbus Fortion Tactical C2 application which allows officers and military personnel to see 3D maps of the battlefield in front of them thanks to the helmet they have on their face. 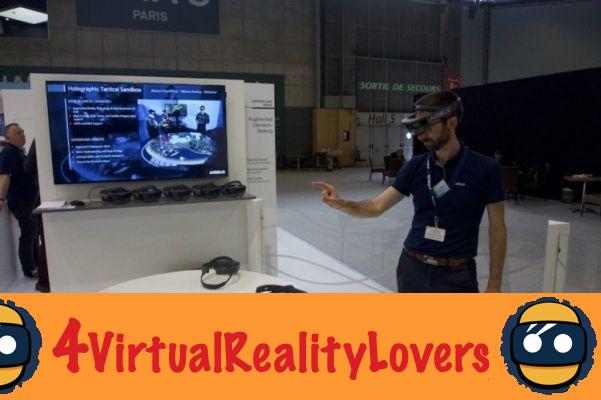 A configuration that can potentially be used to plan missions or even training. The concept of sandbox is nothing new in the military field but it is of course the new version, designed for the 21st century, which completely modifies the logic and the uses. The army hopes to be more efficient, to prepare faster and to have a better perception of the battlefield and its challenges. A significant advantage for the general staff therefore. To be continued ...

Oculus announces a price drop for its headphones and equipment ❯