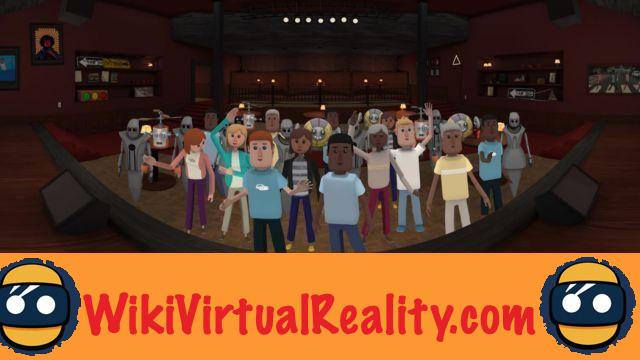 AltspaceVR was one of the first social applications in virtual reality. Within this virtual space, users of different VR headsets could interact through their avatars. Thanks to VR, the platform made it possible not only to communicate vocally, but also physically. It was possible to manipulate objects, watch videos with others and much more. Altspace was even the scene of the first One Man Show in virtual reality, and the US presidential elections were broadcast live there, giving users free rein to debate within VR. Unfortunately, all good things come to an end.

AltspaceVR: the pioneer of Social VR trampled by the giant Facebook 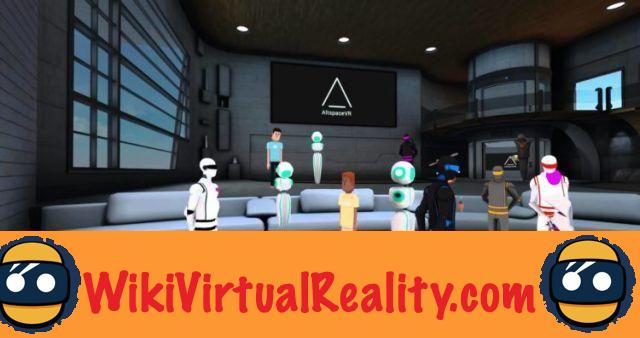 Founded in 2014, startup AltspaceVR has managed to raise a total of $ 16 million. His most recent Series A fundraiser raised $ 10,3 million from Raine Ventures. Other investors in the firm include Comcast Ventures, Dolby Family Ventures, Lux Capital and Rothenberg Ventures. As she was preparing to carry out a new fundraiser, the agreement with the investors was finally broken at the last moment. This failure, coupled with the general slow growth in the virtual reality market, prompted investors to stop funding Altspace. Consequently, the firm no longer has the means to keep its social application alive.

With 35 monthly active users, AltspaceVR was doing relatively well. Considering the size of the virtual reality market, this number is quite correct. Sadly, Faced with the presence of Facebook, the world leader in social networks, in the industry, Altspace had to face a real titan. Sooner or later the business was doomed to failure. Admittedly, Altspace was able to position itself as a forerunner by deploying its platform in 2014, but it cannot compete against Facebook Spaces or Oculus Rooms to name just a few of Facebook's Social VR applications.

The enthusiasm of the user community was not enough to ensure the survival of the service. The firm has just posted a blog post entitled "A Very Sad Goodbye" (a very sad goodbye). The creators of the app say they are surprised, disappointed and frustrated. We will never know what could have become of Altspace VR in the long term. What seemed promised to become the main social platform in virtual reality finally died out like a vulgar geek dream. For the virtual reality industry, this is a bitter failure.

AltspaceVR will close its doors for good next week, specifically on August 3, 2017. Despite everything, the firm does not intend to abandon the technology it has taken the time to develop in recent years, and is currently looking for a way to use it for other purposes. It wouldn't be surprising if Facebook ingested the startup in the coming weeks.

Samsung has created a 10 dpi display, enough for a "perfect" VR ❯

add a comment of AltspaceVR - The virtual reality social network closes its doors, a bitter failure for the industry