AmazeVR: the company that wants to save VR with the support of LG 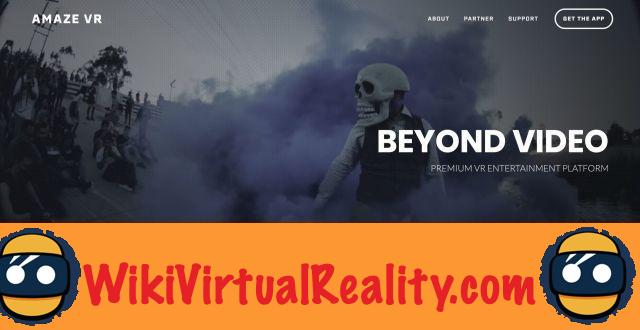 In the past five years, virtual reality has unleashed passions. Dmany startups have embarked on this new technology, and investors around the world did not hesitate to rain the tickets. They all had in common that they were convinced that VR would appeal to the general public and would quickly become more democratic.

Unfortunately, despite the billions of dollars invested and the involvement of large tech companies, the consumer virtual reality market has still not taken off. Despite everything, some continue to believe in it and believe that the advances made in the field of hardware and services will finally succeed in capturing the attention of consumers in the years to come.

After all, there are plenty of reasons to be optimistic. Technology is developing rapidly, and the arrival of autonomous VR headsets on the market should attract many users. In addition, virtual reality is an excellent use case for the new 5G mobile network and operators could therefore promote this technology to convince their customers to change their plan ...

AmazeVR wants to create the Netflix of virtual reality

South Korean company AmazeVR is among those who want to continue to believe in virtual reality. Founded by the creators of the Kakao messaging service, with immense success in South Korea, AmazeVR is the result of an investment of $ 6,3 million by Mirae Asset Group and other investors such as LG Technology Ventures, Timewise Investment and Smilegate Investment.

Its creators believe that the main problem with VR is content creation. Their objective is therefore to develop a platform for film producers and content creators, and to make this platform the main source of quality content in virtual reality.


LG's interest in this company is linked to the recent launch of its 5G network in South Korea. So, AmazeVR has partnered with LG U +, the company's telecommunications division, to produce virtual reality content. LG U + is responsible for hosting AmazeVR content on its service, using the company's proprietary content creation tools to facilitate production. More than 1500 experiments are already planned.

AmazeVR content will be available for a subscription offered for $ 7 per month, $ 18 for three months or $ 24 for six months. Currently, the platform offers around twenty VR experiences and already has more than 1000 subscribers and hopes to federate more customers as sales of VR headsets increase.

Add a comment from AmazeVR: the company that wants to save VR with the support of LG