An (unofficial) GoldenEye VR tips its nose at Quest 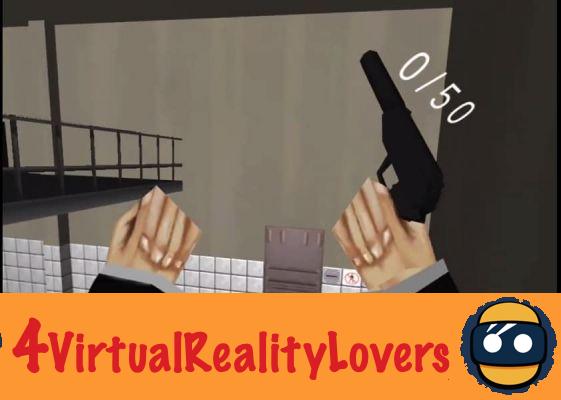 Fashion is at adaptation of old video game licenses to virtual reality. Some are official, like Half Life, others are made by groups of fans who want to relive the good times of the past in VR. This is the case of the GoldenEye 007 game released in 1997 for the Nintendo 64 console.. Praised by the press at the time, this game created a small revolution thanks to its multiplayer mode. Very popular, it was one of the first FPS to demonstrate that this kind of game was not just for the PC and could work on console.

This is precisely the point that the team of developers is working on. For this, they did not take over the original game, but started from scratch and created their own experience called 00Quest. They were therefore very strongly inspired by GoldenEye N64, until reproduce every aspect down to the last detail. However, these fans still took the opportunity to add some improvements here and there. Above all, for a full VR experience, they have integrated hand-tracking with 6 degrees of freedom.

No official release, but maybe thanks to SideQuest

00Quest is developed, as the name suggests, for the Oculus Quest. There is, however, very little chance of it arriving on the device through official channels. On the other hand, it is not impossible that this game will become available through SideQuest. Of course, no release date has been announced. This kind of project can take a long time to complete. Too bad he's not ready now. This could have filled the absence of the new film of the adventures of James Bond, postponed because of the Coronavirus.


In the meantime, it is possible to follow the development of 00Quest on the Facebook page of the team in charge of it.

Does this Sony patent show future controllers for the PSVR 2? ❯