Apollo 11: relive the first step on the moon in augmented reality 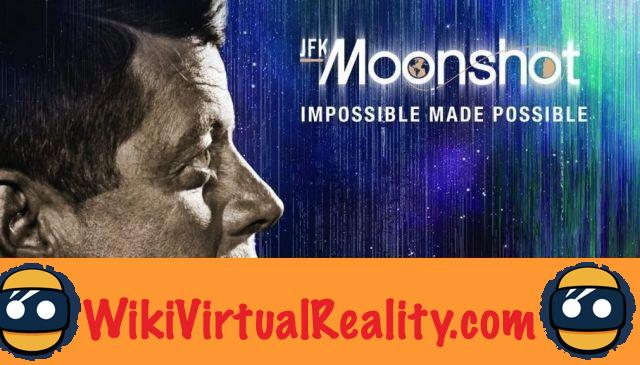 On July 20, 1969, Man set foot on the moon for the first time. Fifty years later, to commemorate this historic event, the John F. Kennedy Presidential Library launches an augmented reality application to relive the Apollo 11 mission from your sofa.

Created in partnership with the digital marketing agency Digitas, the JFK Moonshot application allows users to overlay a digital representation of the Saturn V rocket in their real environment. It is then possible to test the thrusters to observe how the spacecraft burns its fuel.

However, as in the real world, the mission will not start until July 16, 2019 at 9:32 a.m.. It was on this date that the rocket took off half a century ago. Moreover, just like in reality, the Apollo 11 mission will last for more than 120 hours. The moon landing will take place on July 20.

It is therefore a real-time reconstruction. In order to prevent users from getting bored during the quietest moments, photos and videos that highlight the role of John F. Kennedy in the organization and the success of the mission were incorporated.

Digitas also has interviewed Michael Collins, the third astronaut of the Apollo 11 mission. In addition, users will be able to indulge in some interactive missions. For example, the rocket will land on the surface of the moon. These mini-games are directly inspired by NASA training tools.

At the same time, if you have the chance to visit the JFK Library, located in Boston, between July 16 and 20, 2019, you can contemplate a life-size reproduction of the Saturn V Rocket displayed on the library floor. A Space Sumit conference and a Space Fest festival will also be organized during these few days.


JFK Moonshot app is available now on Android and iOS smartphones. As a reminder, you can also relive the first step on the moon in virtual reality with the Apollo 11 VR application ...

add a comment of Apollo 11: relive the first step on the moon in augmented reality