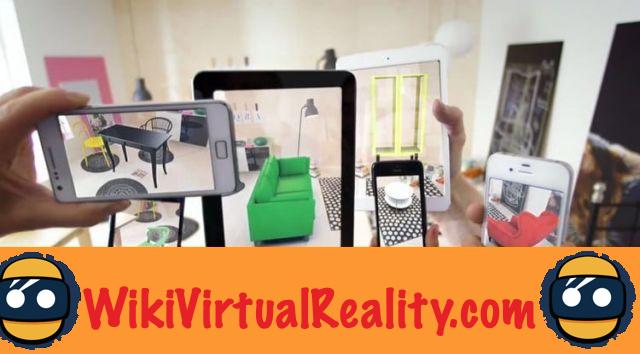 Since the launch of iOS 11 on September 19, 2017, more than 13 million augmented reality apps created with Apple ARKit have been downloaded by iPhone and iPad users. In total, the App Store has around 2000 ARKit apps at present. That's what Sensor Tower's new report on the AR App Ecosystem reveals. 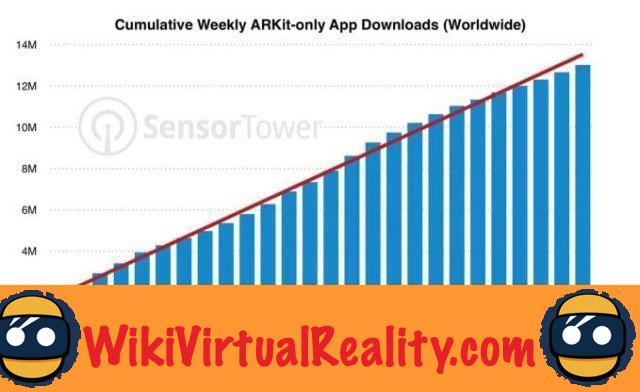 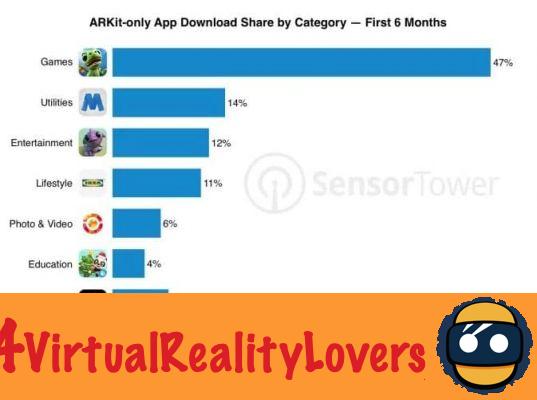 As you might expect, augmented reality video games are the most successful. A month after the launch of iOS 11, games accounted for 35% of the three million ARKit apps downloaded. Six months later, video games represent 47% of 13 million downloaded applications.

La popularity of AR video games can be explained by the success of , considered the first major mobile game in augmented reality, in the summer of 2016. A large number of people know that augmented reality makes it possible to create original video games, without necessarily knowing that this technology can be applied to many others application sectors.

Note that is not part of the ranking of the most downloaded applications, because Sensor Tower focused only on applications created with ARKit. Pokémon Go is among the apps that have added ARKit functionality in the past six months. If this second category of applications is taken into account, then there are currently well over 2000 ARKit applications on the iOS App Store.

Apple ARKit: the most downloaded free app is the game AR Dragon

In the ranking of video games, the applications promoted by Apple have risen in the ranking. This is the case with, developed by Halfbrick, or even. The most downloaded paid game is . 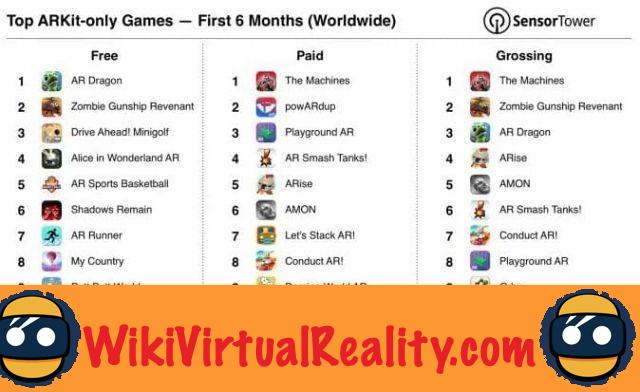 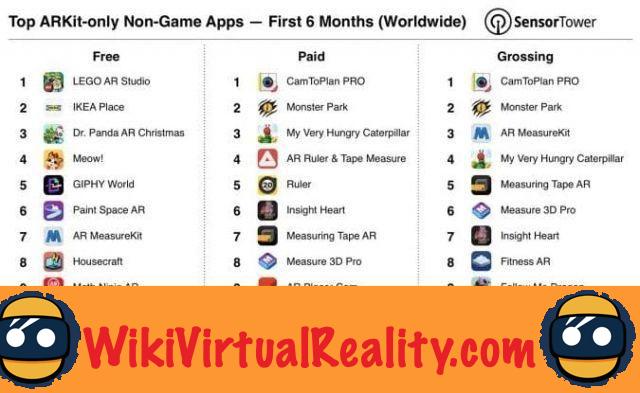 Apart from video games, the second most successful category of applications is that of utilities (14% market share). One example is the tool recently created by eBay to allow sellers to find the right package size for their products. Next come applications dedicated to entertainment (12%), which is the most downloaded free non-video game application.


Category ARKit applications Lifestyle monopolizes 11% of the market. In this category, there are, for example, the many applications for placing furniture in a room in augmented reality like that of Ikea. Next come applications dedicated to photos or videos such as (6%), and finally educational applications (4%).

In the category of non-video game applications, the great champion is which ranks first since the launch of iOS 11. The application is followed by and. 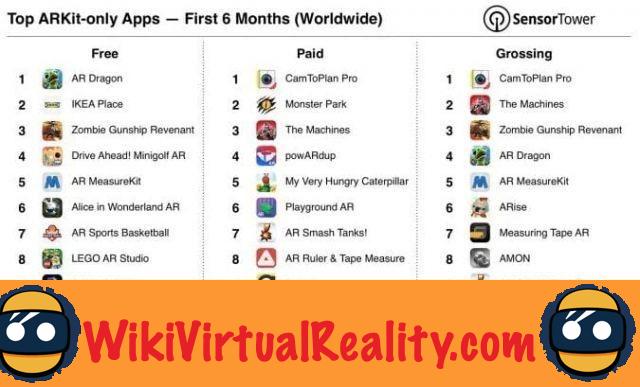 Ready Player One: Steven Spielberg thinks VR will be the hard drug of the future ❯