Apple ARKit vs Google ARCore - Which is the best augmented reality platform? 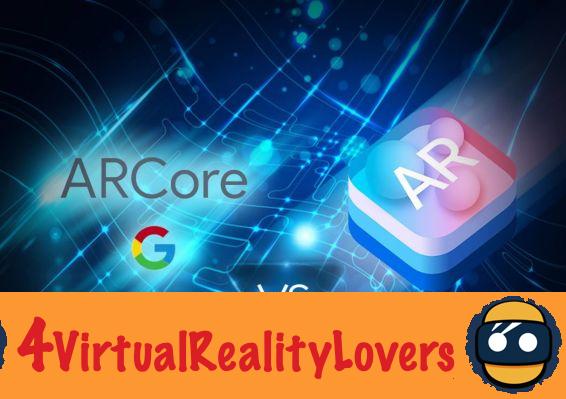 Augmented reality consists of superimposing virtual images on images of the real world. For example, the IKEA Places augmented reality application allows virtual furniture to be superimposed on real-world images in order to choose your furniture by previewing their integration into the user's living room. Generally, augmented reality is viewed through an electronic device. Although glasses or headsets seem to be the most suitable devices for this technology, smartphones and tablets are currently the most used. The virtual images are superimposed on the reality filmed by the camera of the tablet or smartphone.

In 2014, Google launched Tango, its first SDK dedicated to augmented reality. If this platform did not meet the expected success, it at least allowed to lay the foundations for Google ARCore. This new SDK, unveiled in August 2017, allows you to use augmented reality on all smartphones running Android 7.0 Nougat or higher. This is the main difference with Google Tango, which required a smartphone with a depth-sensing camera to work.

For the rest, just like Tango, ARCore is based on the detection of physical objects located near the user in order to display augmented reality content on the images filmed by the camera of the smartphone or tablet. To achieve this, ARCore uses the different sensors of the smartphone to detect horizontal surfaces, take into account the movements of the smartphone, and estimate the light entering the room to be able to illuminate virtual objects realistically according to the environment.


In order to allow web developers to get started in augmented reality, Google has also launched a prototype web browser allowing to develop applications in the same way as on mobile. For Google, this is an essential step for the evolution of augmented reality, even if this new phase is still at the experimental stage. In the long term, Google hopes to see augmented reality websites appear.

Like Google ARCore, ARKit is an augmented reality app development kit for mobile. Presented in June 2017 as part of the WWDC annual conference, this kit is exclusively dedicated to iOS and allows you to create AR applications for iPhone and iPad running iOS 11 or higher. According to some pundits like former Samsung executive Matthew Miesnieks, this is the biggest revolution for the augmented reality industry since its inception.

According to Apple, this SDK will allow developers to create high-quality augmented reality experiences for iPhone and iPad by blending digital objects and information with the environment around users. Apple has a certain expertise in the field of augmented reality thanks to the acquisition of specialized startups like Metaio and Flyby. Tim Cook has long admitted to being excited about augmented reality, and it is very likely that the Apple ARKit has been in development for many years.

ARCore and ARKit are both compatible with Java / OpenGL, Unity and Unreal. Both SDKs offer capabilities for tracking movement, understanding the environment and estimating brightness. In theory, both platforms can work with most existing smartphones. There is no need for additional sensors or cameras to those already integrated in current smartphones.

On the other hand, there are several software constraints to be able to access these two platforms. Thus, AppleARKit is only compatible with iPhone and iPad running iOS 11 or higher. For its part, Google ARCore will be available on all smartphones running Android 7.0 Nougat or higher. If these conditions are met by your smartphone, you will be able to download the augmented reality applications created with ARKit and ARCore from the iOS App Store or the Google Play Store. 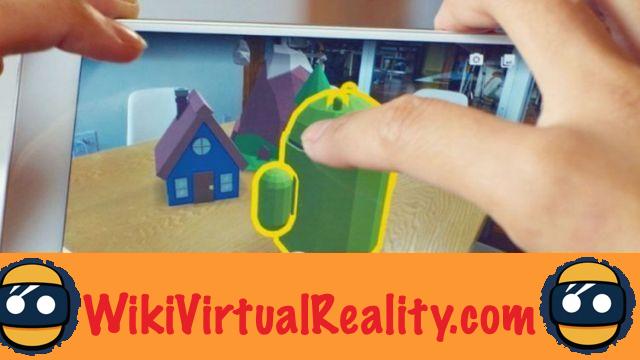 The SDK Apple ARKit est available for download to all iOS developers who have an Apple developer account. It is compatible with all devices running iOS 11 or higher.

Regarding ARCore, a preview version of the SDK is already available for Android developers. However, only Google Pixels and Samsung Galaxy S8 running Android Nougat or higher are currently compatible. Samsung has announced that all of its future high-end Galaxy S or Galaxy Note smartphones will be compatible. The final version of the SDK will however be compatible with all devices running Android Nougat or higher.

Apple ARKit vs Google ARCore: where are the applications created with these SDKs?

Google has already promised that ARCore apps will be available on more than 100 million Android devices by the end of 2017. From now on, if your smartphone is running Android Nougat or higher, you can download the first apps. created with the SDK on the Android Play Store. Google has already presented a selection of the best applications created with ARCore at the beginning of September 2017.

Apple ARKit vs Google ARCore: which is the best SDK?

In terms of potential, Google ARCore enjoys a certain advantage over Apple ARKit. Only devices running iOS 11 or higher will be compatible with ARKit apps, while all devices running Android Nougat or higher will be able to run applications developed with ARCore. In addition, Google plans to make its SDK compatible with the Web. However, with the iPhone being one of the best-selling devices in the world, the potential audience remains attractive enough for developers.

In addition, the new iPhone 8 and iPhone X are directly optimized for augmented reality. Their A11 Bionic processor is optimized for motion tracking and light analysis. Therefore, Apple has the edge in the hardware area, and ARKit apps should be more realistic than those created with ARCore. In addition, as the iOS ecosystem is more standardized, the risk of applications malfunctioning on certain devices is reduced to a minimum. On the contrary, the big difference in power and screen size between different Android smartphones can be a problem.

Google also benefits from an advantage in terms of experience in the field of virtual reality thanks to its Project Tango. Regarding the software required, the two kits are similar. Both work with Java / OpenGL, Unity and Unreal. Both are also based on understanding the environment, capturing movement and detecting light.

However, in the area of ​​mapping, Google ARCore also has an advantage. Her ability to gather and store information about the real world for future use surpasses ARKit. This is because Apple's SDK only stores a limited amount of recent location data. Additionally, ARCore has the ability to handle larger data.

Apple ARKit vs Google ARCore: what future for augmented reality? 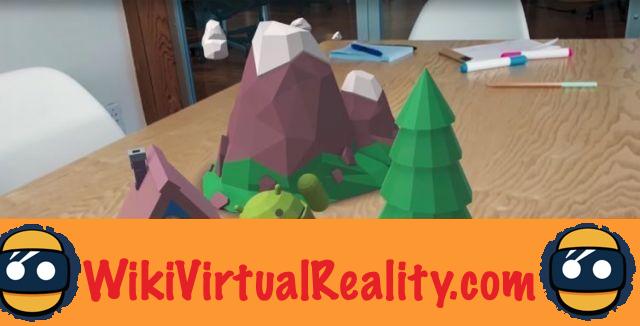 De many experts have long predicted augmented reality as the next technological revolution. So far, however, this technology has failed to really appeal to the general public.

However, thanks to these two development kits, it is likely that augmented reality will finally democratize. In any case, this is the opinion of the CEO of Epic Games, according to whom this kit will allow thousands of AR applications to come to life.

add a comment of Apple ARKit vs Google ARCore - Which is the best augmented reality platform?