Apple: augmented reality bowling game is all the rage at WWDC 2019 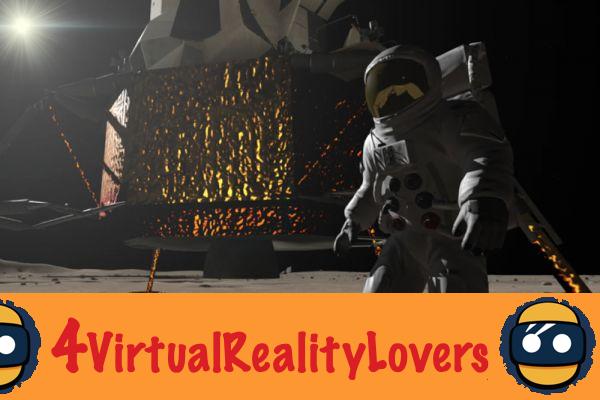 During WWDC 2019, Apple presented an augmented reality bowling game called “Swift Strike”. This one exploits all the new functionalities introduced by ARKit 3, and very much pleased the visitors of the conference ...

During WWDC 2019, Apple created a surprise by announcing ARKit 3: a new version of its augmented reality framework bringing important new features such as occlusion and tracking of humans for more realism. The Apple firm also unveiled a new set of tools called Reality Composer to facilitate the creation of AR applications for iOS.

However, the real star of the event, the one who unleashed the passions of developers and journalists on site, is an augmented reality bowling game called Swift Strike.

Ce Multiplayer game for iPad Pro uses all the new features introduced with ARKit 3. The balls and pins that appear on the screen impress with realism, especially thanks to the occlusion. Indeed, if your opponent or your teammate passes in front of the pins, they will be hidden by his body on the screen of your iPad. A feat that we could also admire in the first demo of Microsoft's Minecraft Earth game. By combining this visual realism with the haptic vibrations of the iPad when the ball is launched, the illusion is bluffing.

This is a demo only, and there can be no assurance that Apple will actually launch this game on the App Store for iOS. If this is the case, we will have to wait the launch of ARKit 3 on iOS 13 and iPadOS scheduled for fall 2019.


However, this game would take on a whole new scale if it were playable on augmented reality glasses rather than the iPad. The player would no longer need to hold his tablet, and could therefore concentrate on his movements. As a reminder, Apple's AR glasses are expected at the end of 2020...

Why does NASA want to use Microsoft's Hololens? ❯

add a comment of Apple: augmented reality bowling game is all the rage at WWDC 2019