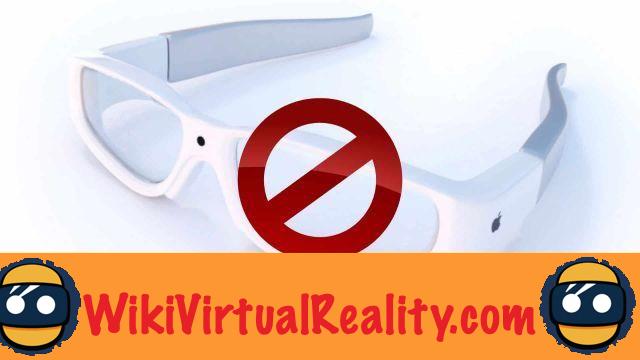 For more than two years now, it has been rumored that Apple is secretly preparing augmented reality glasses. It all started in 2017, when Bloomberg revealed that Apple was making AR glasses similar to the Snapchat Spectacles.

Subsequently, a flood of rumors began to flood the web. Multiple sources suggested that Apple was preparing a much more ambitious product than Snap's. The following year, we heard that the glasses would be connected to the iPhone wirelessly, that they would have an 8K screen, and that they would run under a new operating system called rOS.

Many patents filed by Apple seemed to confirm these rumors. The documents described in particular how these glasses would work for the various augmented reality and mixed reality applications. La Pomme has also recruited many experts in augmented reality, including a marketing director.

All therefore led to believe that these augmented reality glasses would finally be launched during the keynote of September 2020, as the specialist Ming-Chi Kuo suggested. There were only a few weeks left to wait to discover a revolutionary product, which would usher in a new era for consumer technology. After all, Apple CEO Tim Cook himself said that we would soon be unable to live without augmented reality ...

- more enthusiastic could already imagine wearing these glasses straight out of a sci-fi movie, walking the streets halfway between the virtual and the real. Playing Pokémon Go without having to hold your smartphone now seemed close to becoming a reality. 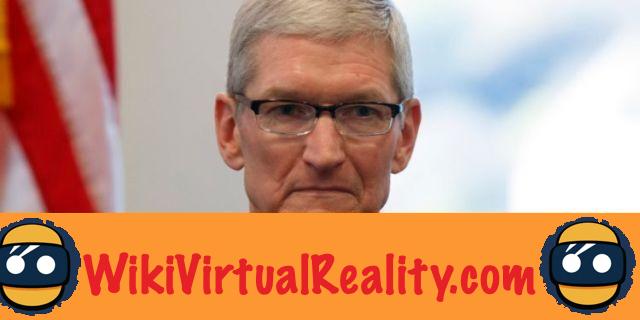 On ignores for the moment the reasons which led the Apple to cancel this promising and ambitious product. The American company has a habit of only marketing products that are really mature and sufficiently refined for the general public, and it is therefore entirely possible that these AR glasses were canceled without hesitation if they did not meet these requirements. Especially since no official announcement concerning this device has been made so far.

It is probable that Apple has decided to postpone the development of this product because of technological constraints. Indeed, in 2018, Tim Cook himself admitted that it was still technically impossible to create augmented reality glasses as he imagines them.

On so can hope that this is only a postponed part. Unfortunately, in any case, the chances of Apple revealing its AR glasses during the September 2019 keynote are now minimal ...

HTC Vive: A packaging that is scary ❯