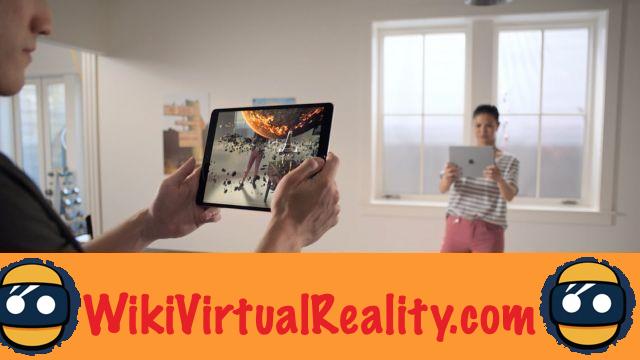 According to a report from 9to5Mac, Apple should take advantage of WWDC 2019 to present ARKit novelties as well as an operating system for augmented reality headset.

AppleApple is very involved in augmented reality, particularly with its ARKit development kit, which allows you to design augmented reality experiences on iPhones. We know that the apple brand has also been working hard, for a while, on a headset or augmented reality glasses although these are desired. According to a report by our American colleagues from the newspaper specializing in Apple, 9to5Mac, the Apple brand should take advantage of its conference dedicated to developers, Apple WWDC (Worldwide Developers Conference) to present new products. The Apple event will take place June 3-7, 2019.

ARKit improvements and an OS for AR

Citing sources familiar with the development of new Apple operating systems, the report of our colleagues says that the ARKit will get a new Swift-only framework for augmented reality, a complementary application allowing developers to create augmented reality experiences in a visual way. The next version of the ARKit will also have the ability to detect human postures according to these sources.

However, the main assertion of this report is the announcement of an Apple operating system dedicated to the support of controllers with touchpads as well as augmented reality headsets. However, it is difficult to imagine that this OS supports third-party devices. Note however that, like any unconfirmed report, the information should be taken in the conditional. According to renowned Apple analyst Chi Kuo, Apple to start production of its own augmented reality headset at the end of the year. This one could rely on an iPhone to function. Note, however, that this statement goes against the Bloomberg report which referred to a standalone headset with marketing in 2020.