Apple is preparing a revolutionary augmented reality app for iOS 14 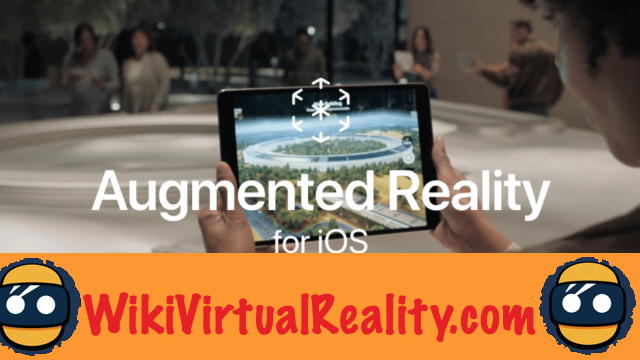 For Apple, augmented reality is a technology of the future with revolutionary potential. In order to place itself among the pioneers of this disruption, the Apple firm is investing heavily.

While it is actively preparing its AR glasses, expected in 2023, the American company is focusing in the meantime on augmented reality features for its iOS mobile operating system.

While digging through the iOS 14 code, the US website discovered a new application with the code name ”Gobi“. This will allow users to discover information about the world around them through augmented reality.

Apple Gobi will first be tested in Apple Stores and Starbucks

First, this app would be tested in Apple Stores and Starbucks through a partnership with the coffee giant. For example, users will be able to use their iPhone to film in an Apple Store and receive information on the different products in the window and compare their prices or their features.

The experiment could be started using a QR code, or possibly using iBeacons and AirTags. The third-party companies will be able to use an SDK or API to exploit in turn the possibilities offered by Gobi.

It is not yet known whether all companies will be able to use Gobi or if Apple intends to select its partners itself. Also, this app could be offered natively on Apple's augmented reality glasses as soon as they are available ...