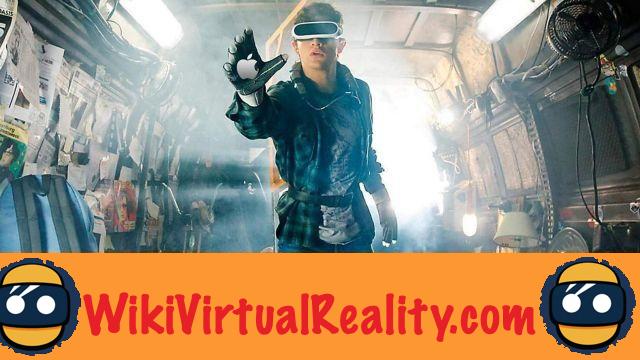 Today, virtual reality users are content to don helmets. However, as in the movie Ready Player One, it is very likely that the VR headsets of tomorrow will come with haptic combinations allowing to track the user's whole body and model it in the virtual world. Surprisingly, even if Apple has not (yet) launched its own VR headset, the Californian firm already seems to be preparing for this future.

The US Patent Office has just released a patent filed by Apple in the third quarter of 2018. The document describes a haptic glove designed for virtual reality, allowing to follow the movements of each finger of the user and to transcribe them in virtual reality thanks to several inertial measurement units (IMU).

Each of these IMUs may include one or more motion sensors such as a gyroscope or an accelerometer for measure orientation, position, velocity of the finger near which it is located. For example, a magnetometer could be used to determine the direction of the geomagnetic field.

We could also find one or more electronic components such as electrodes allowing the user to touch objects in the virtual world. Likewise, the glove could embed force sensors, actuators for haptic feedback, temperature sensors and heat emitters. It would be a fabric glove, sewn using conductive thread.

Apple wants you to use your hands naturally in VR

According to Apple, the glove will be so precise that it can discern the movement of a whole finger and the movement of a single phalanx. The user will therefore be able to use their hands to interact in virtual reality with a precision unmatched until now. In addition, he will be able to feel the sensations of touch, the texture of objects, and even grab objects in real time.


Even though other companies are developing gloves for virtual reality, Apple has a sufficiently colossal budget to create a really successful accessory much faster. In addition, the popularity of the brand could quickly democratize this technology to the general public.

This invention could prove revolutionary for VR Gaming, allowing players to use their hands to interact rather than just controllers. The feeling of immersion in the video game would then be increased tenfold, as would the possibilities of gameplay. This technology could also be used in the field of education or military training ...

However, let us reiterate that it currently only a patent. There is therefore no guarantee that Apple really wants to launch gloves for virtual reality ...