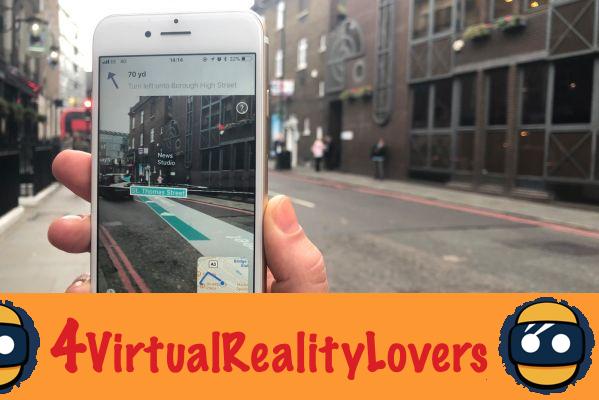 Launched in 2012, Apple Maps is Apple's mapping application. Natively installed on the iOS operating system of iPhone and iPad, this application aims to compete head-on with Google Maps. Like the latter, it allows users to receive directions on the route to take to reach a destination.

Originally, Apple's service was not up to Google's. However, over time, Apple Plans took advantage of many improvements : proactive suggestions, interior maps, search functionality, information on public transport… the application is now among the best in its category.

However, the Apple does not intend to stop there. Among the job offers recently posted by Apple, one of them suggests that the company wants use new technologies to continue to enrich its service. Among the technologies mentioned by Apple, there are in particular LIDAR, Big Data, but also augmented reality.

As the American giant explains in its offer, “digital maps” have become essential everyday tools for a large number of people, but are still in their infancy. Apple does not specify how it plans to use augmented reality to improve Plans, but we can easily imagine several features.

For example, it would be possible to superimpose directional indications on the user's real environment to make navigation even more intuitive. To get an idea of ​​what this could be like, you can check out Blippar's video. This startup also aims to create an augmented reality GPS navigation application.

Initially, this functionality will be reserved for iPhone / iPad and the user will therefore have to hold their smartphone or tablet in front of them to see the virtual elements on the screen. However, thereafter, augmented reality for Apple Plans will take on its full meaning with the arrival of the Apple Glass AR glasses expected in 2020.

Indeed, although Apple has not yet officially confirmed this product, the various proofs of its development now leave little room for doubt. At the end of August 2018, Apple also acquired a startup specializing in augmented reality headset lenses.