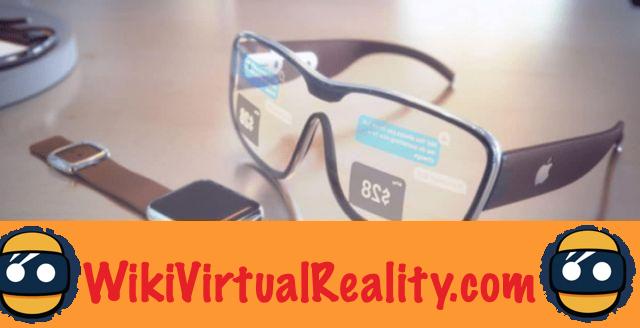 It's no secret, Apple has big plans for augmented reality. The apple firm is currently working on new generation AR glasses. We learned last week that it had been overtaken by Facebook in a major deal with a manufacturer of MicroLED. Today, our colleagues from 9to5Mac announce thatApple has reportedly struck another deal with another virtual reality specialist, NextVR. The deal is said to be around $ 100 million.

The company NextVR, based in Orange County, California, has been working in VR for ten years. She specialized in the retransmission of sports programs and other entertainment. It is thus possible to follow live matches or concerts in virtual reality. In addition, this is accessible on the majority of headsets on the market, those of Oculus, HTC, the PSVR or those of the Windows Mixed Reality range.

NextVR must transition to AR

However, it is not the VR part that interests Apple the most. NextVR has filed for numerous patents, including a few relating to the picture quality of its video broadcasts. These allow him to provide high quality music or sports videos. In this regard, NextVR has established partnerships with several entertainment giants such as the NBA, Fox Sports and Wimbledon.

But the most interesting is the inability of NextVR to obtain a new fundraising at the start of 2019. Indeed, investors did not continue to place their trust in the company when it wanted to persevere in virtual reality. This was considered to be a risk at a time when augmented reality was gaining in importance. Due to lack of funding, NextVR had to part with 40% of its staff.


To bring them into this transition to AR, Apple, through a company created for the occasion, would therefore have bought NextVR. The main clue in this story comes from its employees who are informed that they will have to move from their Orange County office to Cupertino, where Apple's offices are. It only remains to wait for the confirmation of one of the two actors. Above all, what will NextVR be able to bring to the apple company in the development of its augmented reality glasses?

Nintendo Labo VR Kit: why is it attracting so much attention? ❯

add a comment of Apple reportedly bought NextVR for $ 100 million