Apple's AR glasses in the works… for over twenty years! 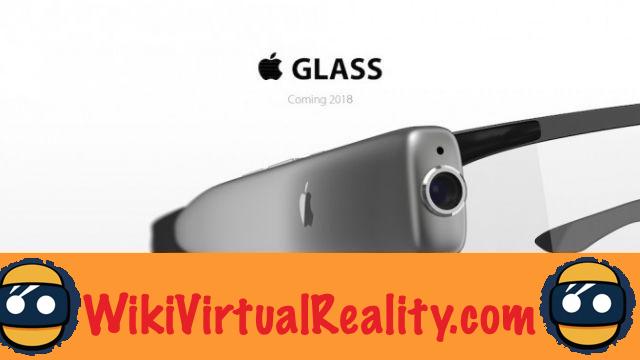 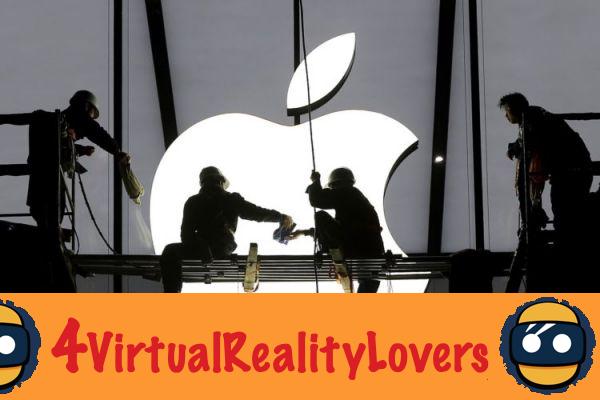 Apple is a company that knows how to perfectly control, some would say orchestrate, its communication. If we forget the endless Foxconn branded mock-ups which, a few weeks before the officialization of a new generation of iPhone, plague the techno press, it is rare to see details about future products filtered out. For years, we have heard about an Apple Car ... which we haven't seen yet. The noise of the hallway has also long suggested that a game console stamped with the seal of the Apple would see the light of day ... when it was ultimately “only” a new version of Apple TV. 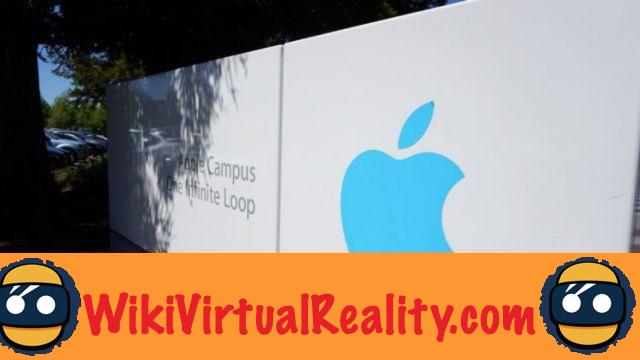 Since several weeks, hearsay about an intensified Apple VR or AR productt. Analysts, bloggers and “insiders” are happy to drop in a drop of information on what could be the next “revolution” of the Apple brand. While everyone else may not know it, the more tech-savvy are well aware of Apple's ambition. Indeed, the company behind the Macintosh is doing R&D in a wide spectrum of technologies. In terms of VR and AR, the first Apple research is over twenty years old. In 1995, the company began researching stereoscopic screens. By doing some research on the Internets, one can discover the report ofa conference dating from 1996. During this event, Apple demonstrated a prototype: it was a “wearable” computer system coupled with a Virtual I / O headset. A second document reports progress on these stereoscopic screen projects as well as computer systems dedicated to VR without detailing their nature. It would therefore be more than twenty years that Apple has been working to launch a device using augmented or virtual reality!


Acquisitions and patents do you want some here

More recently, Apple has acquired several start-ups from the VR / AR ecosystem, thus feeding the rumors of a secret development pole dedicated to VR and AR within Cupertino. In 2013, Apple bought PrimeSense, an Israeli startup specializing in motion detection technologies. More speaking still, it is in 2015 that Metaio fell into the fold of the Apple. The young shoot, which had collaborated with Ferrari ;, is at the origin of the Metaio Creator, a software solution allowing to create scenarios in augmented reality in a simple and accessible way. We can also cite Faceshift, Emotient or Flyby Media, all specialized in augmented reality technologies.

The firm has also filed numerous patents concerning technologies related to virtual / augmented reality. In 2008, a patent presenting a helmet with a laser system making it possible to project images on a glass screen placed at eye level, like on glasses. The device was coupled with a video player, like an iPod, in order to receive the energy necessary for its operation. But so far, this helmet has never seen the light of day. UAnother patent, also filed in 2008, presented a headset in which the user could insert their iPhone or iPod. Described as an augmented reality device, which would offer the user the possibility of playing videos or emails while continuing to keep an eye on the surrounding environment, the product was never marketed.

Apple wasn't just interested in the hardware aspect. Among the many patents filed by the late firm Steve Jobs, some highlighted theuse motion sensors to create a 3D interface for iOS devices. In 2011, the Apple brand developed a version of Maps (at that time, the Maps application was still powered by Google Maps) in which the user could use their iPhone's camera to estimate the distance, in real time, between two points. 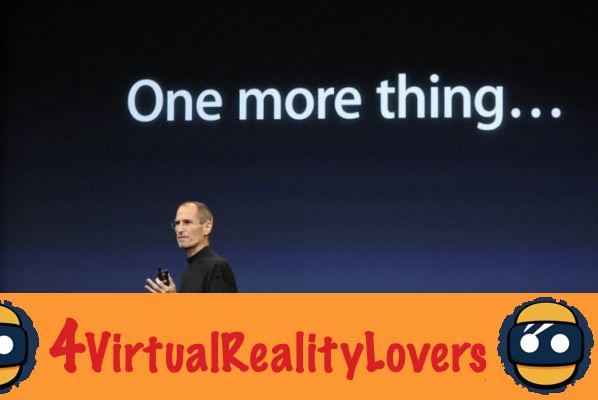 Today, it seems the question is no longer whether Apple plans to release a VR / AR product, but rather when the company will unveil it. After thatZeiss employee revealed that Apple is working with German to develop AR glasses, it is the President of Sony Worldwide Studio who spoke on the subject. According to Shuhei Yoshida, 2017 would likely be the year in which Apple takes its first step towards VR and AR. The man firmly believes in the potential of VR and was very close to the teams that developed the PS VR. It was he who, for the first time, presented Project Morpheus to the public at the GDC in 2014. Of course, these are only the predictions of a competitor. It seems unlikely that Yoshida actually has any information on the progress of Apple's projects. We bet that Apple has some great surprises in store for us to celebrate the 10th anniversary of the iPhone. So, 2017, the year of virtual / augmented reality for Apple? The bets are open.

add a comment of Apple's AR glasses in the works… for over twenty years!