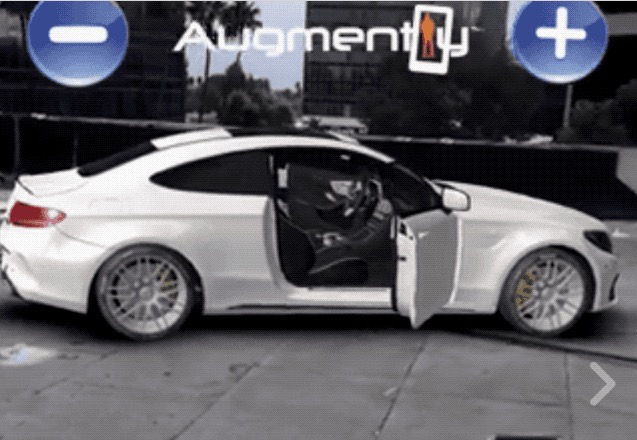 Apple et son ARkit could make vehicle development much easier. Thanks to augmented reality, it could be much easier to organize virtual vehicle exhibitions. The way buyers consume may change in the near future. Car manufacturers have ambitions to present all their vehicle models in AR. The user of the Apple ARkit could for example, in real time, change the color of the car that he wants to buy before making up his mind.

Augmently Developer created an augmented reality experience using ARKit tools. The company programmed a detailed 3D model of a Mercedes sedan. In a few seconds, it is possible to change the color of the vehicle as well as certain aesthetic aspects. The 3D model stays in one place, allowing a user to virtually walk around the sedan to get a clear idea of ​​what their future purchase might look like.

This type of exhibition in augmented or virtual reality is already present in major car shows. However, such use of the Apple ARkit allows democratize virtual showrooms. Anyone with an iPhone will be able to get a quick idea of ​​what their future vehicle could look like and, above all, see in real time the different paints and aesthetic options they could choose before deciding to buy.

Tesla: the precursor of online showrooms

Augmented reality vehicle showrooms already exist. Tesla, the famous brand of electric cars does not have physical stores. The company sells its vehicles exclusively on the internet. ARkit could change the way people sell and buy their cars. There is no doubt that augmented reality will revolutionize the automotive world in the near future.


Virtual reality has already taken its first steps in car manufacturing. This is the case with the game Wrench, which allows players to build, piece by piece, the sports car of their dreams before using it on the race track.

Google has recreated the Palace of Versailles in virtual reality ❯

add a comment from Apple's ARkit could revolutionize the automotive world