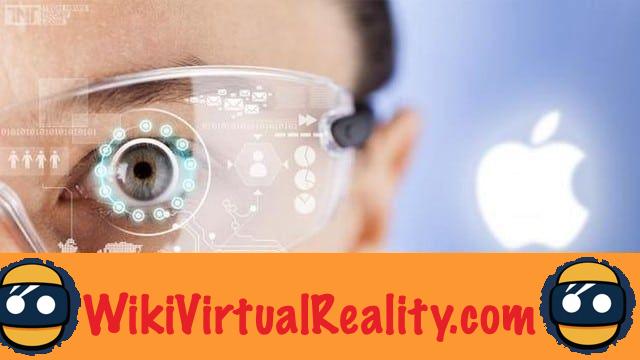 For several years now, rumors have been circulating that Apple is secretly preparing augmented reality glasses. Leaking rumors, patents filed, analyst reports… many are clues that suggest that Apple wants to enter this market. However, so far, it was totally unknown at what date the Cupertino company was planning to launch its device.

Today, the CNET site reports that Apple wants to market this new product in 2020. The information comes from anonymous sources familiar with the matter. Moreover, the glasses in question combine augmented reality AND virtual reality. Apple would therefore kill two birds with one stone with a versatile product.

Apple: a VR / AR headset with 8 times higher definition than the Oculus Rift and HTC Vive

In parallel, the source specifies that the device would be devoid of cables. It would not work through a PC or smartphone, but would communicate with a box through short-range wireless technology. So it wouldn't be a standalone headset like the Oculus Go, but users won't have to bother with cables to manage. CNET specifies that the wireless communication protocol used would not be WiGig, but its future evolution which would also be available in the course of 2020.

Internally, the product would have the code name T288 and would have two screens offering a barely believable definition of 8K per eye. The total definition would therefore be almost eight times higher than that of an Oculus Rift or a first generation HTC Vive (1080 × 1200 per eye). What send the competition to oblivion from a technical point of view. It remains to be seen what the other manufacturers are up to on their side ...

add a comment of Apple wants to launch 8K AR and VR glasses in 2020, a new revolution?