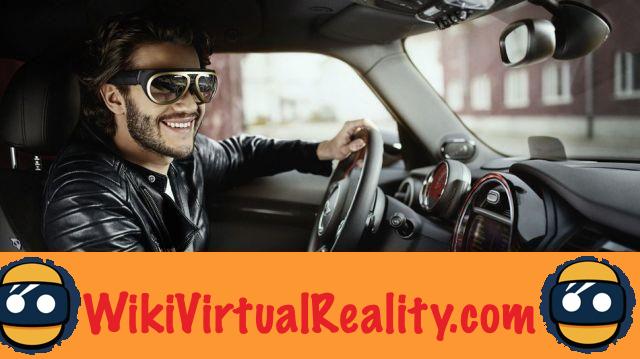 Within a few years, it is likely that self-driving unmanned cars will almost completely replace traditional vehicles. Even if we deplore recent fatal accidents caused by the autopilots of Uber or Tesla vehicles, this revolutionary technology seems inexorably doomed to democratize.

The advantages are many. In terms of safety, first of all, if the roads are only traveled by self-driving cars, the risk of accidents will be greatly reduced. On the other hand, unmanned cars significantly increase passenger comfort. No need to tire yourself out while driving : just press a button and let yourself be taken from point A to point B. 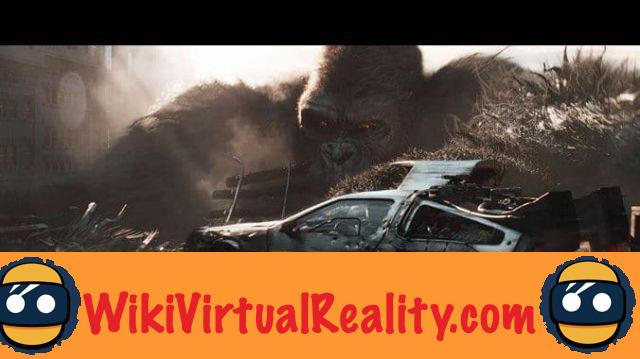 The question that arises, however, is what will we do with the free time thus generated. What is the point of not driving if it is to get bored throughout the journey? After Intel and its desire to transform the cars of tomorrow into billboards, Apple may well have found the solution to this new problem.

A patent filed in September 2017 and published in early April 2018 by the Cupertino company unveils exciting ideas to make traveling in autonomous cars more fun. Thus, Apple plans to use virtual reality and augmented reality to transform journeys into real video game adventures.

Apple imagines cars whose windows are replaced by screens 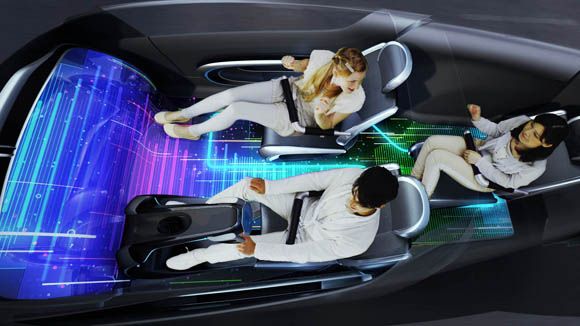 Concretely, the company imagines futuristic cars without windows. The windows would be replaced by screens to display an artificial environment. A proposed alternative is to equip passengers with VR / AR headsets.

In either case, the possibilities listed would be as numerous as they are fascinating. For example, it would be possible display a false interior on the screens to give passengers an impression of space or to give them the illusion of being in a luxury car.

Users could also turn their trip into a relaxing experience like crossing a river or climbing a mountain. On the contrary, it would be possible to opt for exciting experiences such as chase races with other cars or hordes of zombies in a post-apocalyptic world. 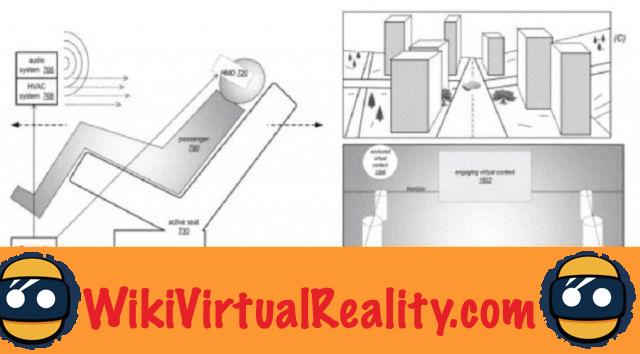 To extend this example, when the car would stop at a red light in the real world, a breakdown could be simulated in the VR experience. This would cause a feeling of suspense for the passengers. To achieve this feat, Apple describes how the VR experience would be coordinated with an active seat and motion sensors allowing to synchronize the virtual elements with the movements of the vehicle in the real world.

Apple also cites as examples of use the possibility of reliving cult scenes from films, historic automobile races, and displaying landscapes of another city in the real world. Thus, thanks to VR, it would be possible to visit a foreign city by going to his place of work. We can also imagine the possibility of taking part in a work meeting with his colleagues while traveling.


As you can see, the idea of ​​Apple could have many use cases and revolutionize the car travel experience. As a reminder, according to the rumor, Apple develops its own software system for self-driving cars. We can therefore assume that the various experiments described by this patent will be offered in the form of applications for this future operating system. However, there is currently no way of determining when this system will be deployed.

Viro Move, the VR fitness application is playable in demo on Steam

A glove to touch virtual reality