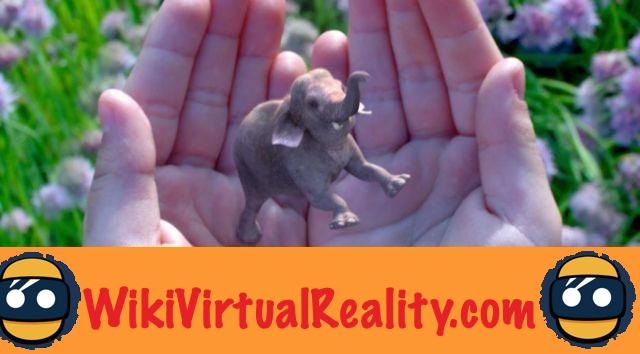 Investments in AR and VR: towards a balance?

According to CBInsights, investments in AR only represented 22% of the total fundraising carried out at the start of 2017 (figures as of May 18). Against almost 52% for companies solely focused on VR and 26% for those working on both technologies. If the gap is still significant, it is decreasing compared to the last two years. 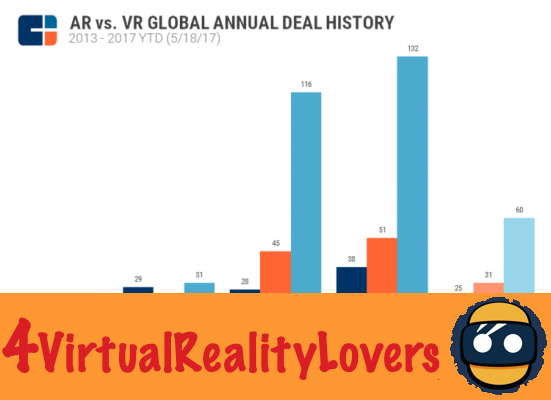 In 2015, more than 61% of financing agreements were thus intended solely for VR. Against less than 15% for the AR. In 2016, they represented 59% and 17% respectively. To note that the share of investments received by companies developing both virtual reality and augmented reality is up slightly. It thus increased from 24% to 27% between 2015 and 2017.

Another evolution is visible since the period 2013-2014. Commitments to projects bringing together AR and VR were then in the minority. Since two exercises, they are more numerous than those simply oriented AR. This is certainly a consequence of the maturation of the sector. It also seems logical that programs using the two technologies should ultimately be favored by investors.

The “domination” of augmented reality would be normal if we take into account the importance of the equipment. A simple smartphone allows for an AR experience, while a headset is necessary for VR.

The tree that hides the forest. Or at the very least which makes it difficult to see whether there are rather oaks or beeches. Three extraordinary levies have disturbed the reading of investments in AR and VR over the past 4 years. 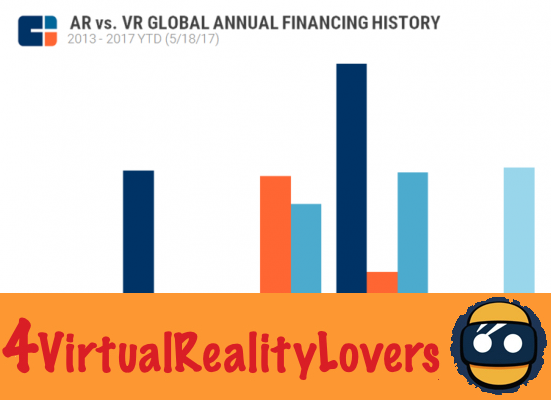 In 2014 and 2016, the funding received by broke the bank for augmented reality. 542 then 794 million dollars thus benefited a single actor. A few days ago, it was and its 502 million that blew up the counter for VR.

An overall rising market. Towards consolidation?

By bringing together the different technologies and including all agreements concluded, the trend is upward. What this other graph shows with a projection to the end of 2017. 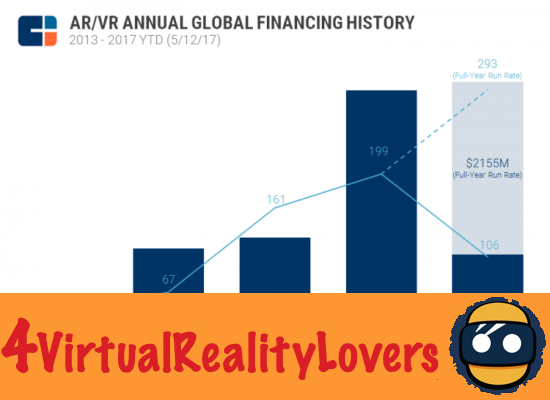 The most striking element beyond the sums is the continuous increase in the number of funding granted. Regardless of the amounts, more and more start-ups are therefore managing to convince investors. 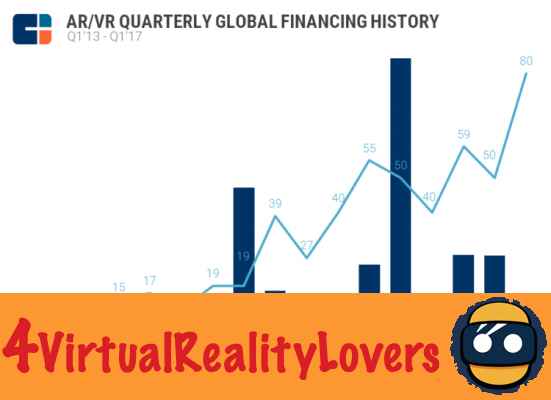 The sharp increase in the number of players may raise concerns about the dispersion of funds, which are by definition limited. But the arrival and involvement of major high-tech players (Google, Facebook, HP, etc.) is a guarantee for investors.

Deals like Magic Leap and Improbable should probably remain the exceptions. The dynamic around AR and VR should it continue?. While waiting to discover the killer apps that will win the jackpot for today's generous investors. A search for the rare pearl that perhaps encourages investors to better distribute their bets.

This growth in investments to $ 2 billion per year should be compared with the expected returns. According to various studies, the revenues of the VR industry alone would be 7 billion as of this year. And will exceed 21 billion within three years. And even 36 billion within 5 years for the entire sector.

[Test] Please, don't touch anything: an escape game from which you will not escape ❯