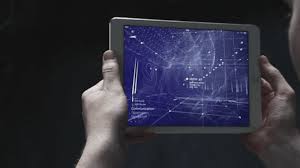 A Dutch developer by the name of Richard Vijgen has developed an application focusing on Augmented Reality (AR). Called The Architecture of Radio, this app allows you to see the invisible reign of electromagnetic waves that surround us. Indeed, the application is able to show us the radio waves and even the WiFi networks present around us. This application works from databases which allow it to locate the various transmitters of waves such as satellites and relay antennas. It then calculates the positions of the latter before displaying the waves by augmented reality. 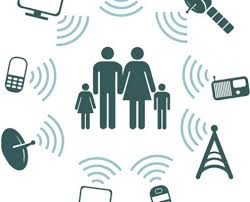 The purpose of the app

This app is for Richard Vijgen a different way of seeing the increasingly digital world. Indeed, as the airwaves are data and information flows, The Architecture of Radio allows to have a global vision of the communication and the information flows which surround us and are normally invisible to us. It can see Wlan waves, Bluetooth signals as well as radio waves and navigation data streams. In short, all electromagnetic waves will be mapped in real time by this application. And even if at first glance, we can say that the result might not be of much use, it should still be known that the usefulness of this application is rather informative. The easiest use would be to no longer have to ask a butler if they have WiFi when you can simply see the networks on tablets or smartphones.

An application being finished

The app is an app for mobile devices running iOS or Android. But for now, the development is underway to finalize everything and allow everyone to be able to use it. At present, this application is only present on an exhibition at the ZKM Center in Karlsruhe until April next year. However, the artist and his team are already working on the development of a version compatible with iOS and Android. For devices running iOS, The Architecture of Radio will be available for download from December while the Android version is scheduled for 2016.

Sony doesn't like to dominate the virtual reality market ❯