In this context, Apple showcased several high-quality augmented reality experiences, designed with ARKit, Apple's AR development kit. We may regret that the Apple has unveiled only four experiences, but the quality is there, and it is very likely that many additional applications will be available soon on the iOS App Store. Indeed, Apple recently confirmed that it is working with IKEA, Lego and other high-profile companies to create games and AR apps on the Apple app store. Likewise, many hobbyist developers are currently using ARKit to let their creativity run free. Here are the 4 applications unveiled yesterday by Apple.

Developed by Directive Games, is billed as the first augmented reality multiplayer real-time strategy game. Players can compete on the internet, or around the same table, each using their iPhone. Thanks to the magic of AR, the battlefield appears in 3D on the table, and players can contemplate it from all angles through the screen of their smartphones, while pointing the camera at the table.

Concretely, players each control an army of war machines and must clash. The visual effects are spectacular, and the animations take place in real time on the respective iPhones of the different players. The action can be watched from any angle of view, making the experience very immersive. The developers of The Machines took the keynote stage for a short game to show off the game's full potential. 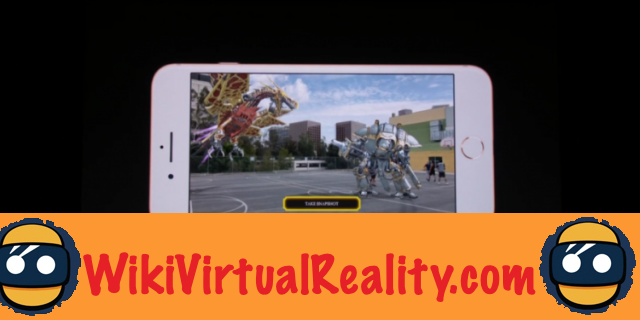 Developed by Pixel Toys, Warhammer 40k: Free Blade allows the user to make virtual characters appear in the physical world through the smartphone camera using augmented reality. The game is reminiscent of Pokémon Go, but with more advanced augmented reality technology. This fighting game takes place in the universe of Warhammer 40, and players compete against each other by controlling their respective units. Here again, the realism of the integration of the virtual elements is impressive. 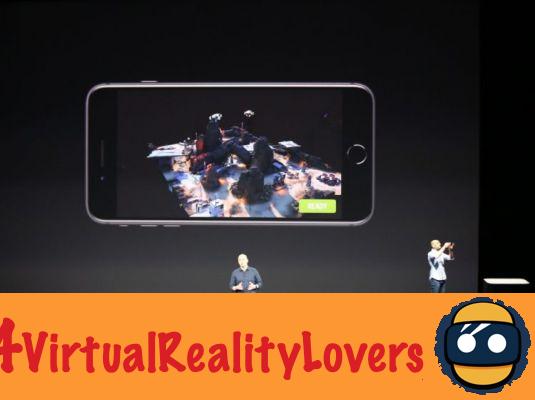 Through the application it is now possible to get information and statistics about each player when watching a baseball game. This allows fans to learn about players in real time while watching the game. A very interesting application that reveals the potential of augmented reality for sport. 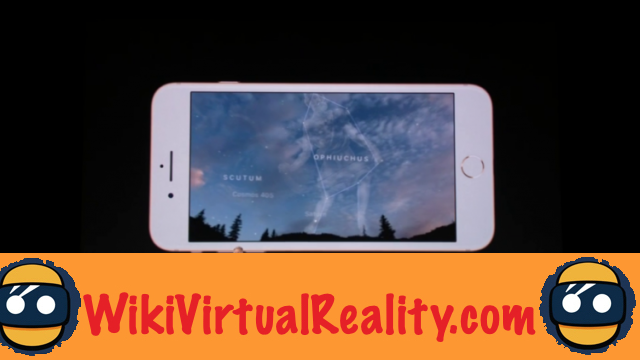 The application Sky Guide, which provides information on the different constellations, now has an augmented reality feature. This allows you to contemplate the constellations by pointing the iPhone's camera towards the sky. The constellations are directly identified and displayed on the screen. An application that will delight astronomy enthusiasts.