Artificial skin allows you to kiss your kids in VR 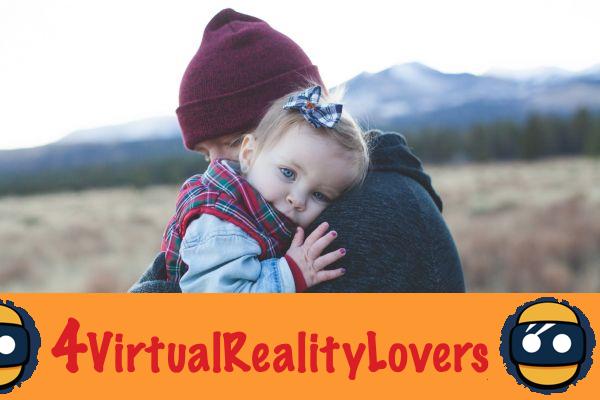 Researchers at Northwestern University and Hong Kong Polytechnic University have developed a multi-layered material that looks like artificial skin. Thanks to this innovation, presented in the journal Nature, it may soon be possible to feel objects in virtual reality.

This fake skin incorporates a chip, sensors and actuators allowing the wearer to feel mechanical vibrations. The system works wirelessly, and requires no battery thanks to an induction charging system similar to that used to charge smartphones without cables.

For the moment, the sensation of touch is transmitted by touching the different areas of a touch screen. The corresponding areas on the artificial skin react in real time and start to vibrate. Ultimately, researchers plan to allow this system to be used for virtual reality. 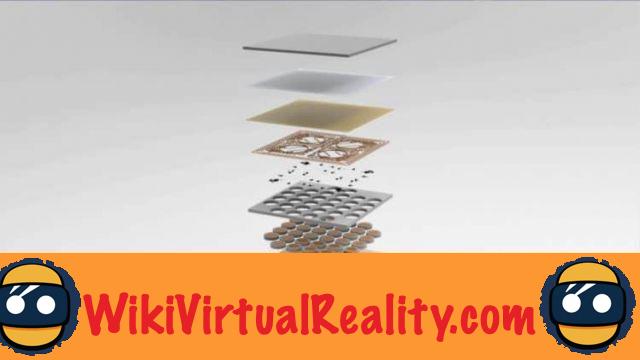 Artificial skin projects for VR are on the rise

VR game players could for example feel the blows and impacts while they are immersed in the virtual world. Thus, virtual reality would stimulate the sense of touch in addition to sight and hearing, as is already the case today.

Likewise, two people wearing this skin would be able to communicate at a distance. For example, a parent who is far from their child could hug their child despite the distance between them during a video call. Additionally, amputees with prosthetic arms might enjoy a better sense of touch and feel the shape of the objects they are gripping.

For now, this is only a research project. However, there is no doubt that this kind of device represents the future of virtual reality as a solid alternative to haptic combinations. This team of researchers is not the only one to develop such a system. Last month, researchers at the Swiss Federal Institute of Technology published an article in Soft Robotics showing artificial skin 500 nanometers thick that allows VR users to experience real-time haptic feedback when touching a virtual object ...