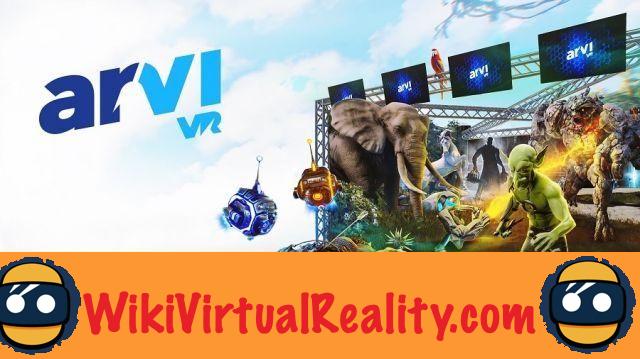 ARVI VR, one of the main developers of virtual reality escape games, has decided to make some of its games accessible directly from home. Thus, from Thursday April 30 and during the coming weeks, part of the catalog of the Ukrainian studio will join the Steam, Oculus and Viveport platforms. This decision was made when the majority of escape game and virtual reality rooms are closed. This is the consequence of the crisis caused by the Coronavirus pandemic.

Indeed, these games were until now exclusive to VR arcades. As with classic escape games, several people must work together to get out of a threatening situation. Their main tools are finding clues and solving sometimes very complex puzzles and riddles. However, the developers of ARVI VR specify here that the games have been adapted for a single player experience. So even if the goal remains the same, it is alone that we must face our fears and anxieties.

Escape from confinement with a VR escape game

However, this is what it is: face anxiety and ambient confinement. Since it is complicated to escape from your daily life in confinement, at least the escape games allow a kind of virtual escape. Michael Dementii, CEO of ARVI VR said: “We want to help people fight boredom during these uncertain times, those who are stuck in their homes due to the lockdown caused by the Coronavirus. Virtual reality users at home will have access to our awesome catalog of games. They will be able to experience it in single player mode. "

If times are tough for people who have to adopt a new way of life, so are it, if not for closed VR arcades. Developers of VR games suitable for these can continue to work, but no one can test them. It is therefore a good initiative on the part of ARVI VR to make available for purchase on platforms like Steam. However, we can regret the absence of a multiplayer mode, which nevertheless remains exclusive to theaters.

A play to represent VR at the Venice Film Festival ❯