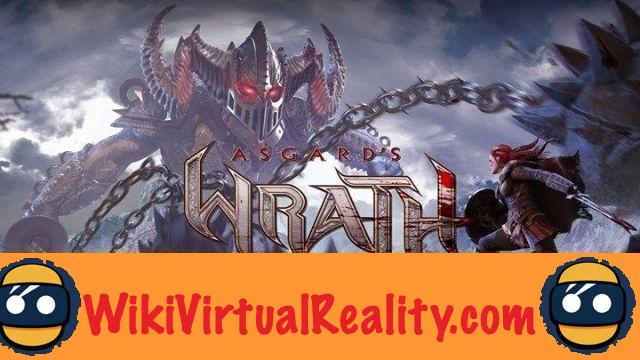 Announced by Oculus in February 2019, Asgard's Wrath is a virtual reality RPG set in the world of Scandinavian mythology. The title is developed by Sanzaru Games, renowned developer to whom we already owe excellent titles like Marvel Powers United, Ripcoil and VR Sports Challenge.

When it was announced, and through the first videos revealing the gameplay, this game presented by Facebook as a real blockbuster looked extremely promising. This good impression is confirmed, through the first tests carried out by the American press which prove to be elegiac with regard to this highly anticipated title at the turn. As its mind-blowing 121GB size suggested, this game is extremely heavy ... literally and figuratively.

According to UploadVR reporter David Jagneaux, Asgard's Wrath is simply the best VR game ever made so far. While the title is a little less immersive or interactive than some of the many VR games it has played, no other manages to match the “vastness, depth and creativity” of the best AAA video games so far.

In his eyes, the new nugget of Oculus and Sanzaru represents a new course for the VR gaming industry and "an extraordinary accomplishment". Among the highlights, the American site lists a beautiful world teeming with detail, a sense of striking vastness, an intense melee combat system, fantastic voice dubbing, dozens of hours of content, and intricate puzzles. Despite some flaws such as a certain repetitiveness of the fights, and some design errors, UploadVR gives it the maximum score of 5/5.

For his part, journalist Scott Hayden of the RoadToVR site believes that Asgard's Wrath pushes the limits of virtual reality RPGs. The specialist here salutes intelligently designed controls for VR, and stunning visual beauty coupled with a lifespan worthy of the best classic video games.

Despite some weak points regarding the combat system and certain interactions, the game receives ratings of 8,5 / 10 for gameplay, 9/10 for immersion, and 9/10 for comfort. In total, the title gets an excellent score of 8,8 / 10.


Suffice to say that Asgard's Wrath seems to be a phenomenal success. The game will be available from October 10, 2019 exclusively on Oculus Rift, for a price of 40 euros on Oculus Store.