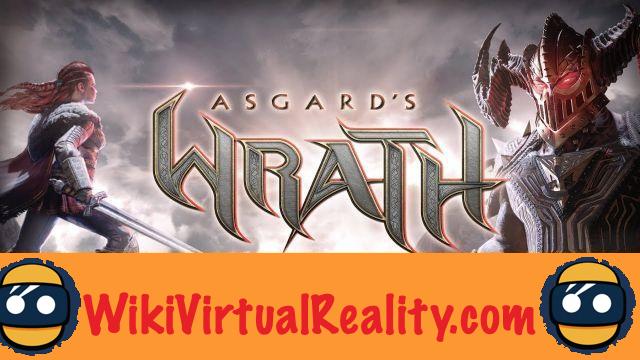 Among the different video game genres, role-playing is one of the most suitable for virtual reality. Indeed, the very essence of an RPG is to allow the player to put himself in the shoes of his character, to embody him in the literal sense of the term. However, this is a task that VR games in first person view excel at.

Unfortunately, so far the supply is rather limited when it comes to VR RPGs. We can cite some very nice games like The Mage's Tale or Vanishing Realms, but these games with very good gameplay ideas disappoint with a relatively short lifespan. Sure, fans of the genre can spend hours on Bethesda's Skyrim VR, but this is just a virtual reality adaptation of a game that already exists on consoles and PC.

Luckily, Oculus has decided to roll up its sleeves and produce its own VR RPG for the Rift. The company has just announced the game Asgard's Wrath, developed by Sanzaru Games to which we already owe the excellent VR Sports Challenge, Ripcoil and Marvel Powers United.

This new title inspired by Norse mythology places the player in the shoes of an all-knowing god able to take control of human warriors to influence the course of battles. The gameplay will therefore alternate between the “god mode” phases where the player overlooks the battlefield from his god point of view, and the first-person view phases during which he takes control of the warrior of his choice.

During these phases, the player will have to take part in galvanizing and ultra realistic stab fights. Indeed, just like the game Blade and Sorcery, Asgard's Wrath is based on a very advanced physics engine to accurately reproduce physics melee combat.

Understand by this that you can for example dismember your opponents, catch their throwing weapons in the flight to send them back, or even throw the head of a decapitated enemy in the air. The fights therefore promise to be particularly enjoyable and brutal.

eye progeny more than 30 hours of adventure just to overcome the main frame of this role-playing game in virtual reality. Lots of puzzles to solve, side quests and much more will extend the lifespan. A multiplayer mode is also planned, but no details have been communicated on this subject for the moment.

Even though Asgard's Wrath has only just been announced, it should be noted that Sanzaru claims to have been working on this project for several years. The title was in the works even before Marvel Powers United VR was announced. We can therefore expect AAA quality production, which could quickly establish itself as a new benchmark in VR gaming. The game will be presented in playable demo at the GDC in March 2019, and will be offered on the Rift later this year.