Asobo Studio - A studio in the heart of Hololens 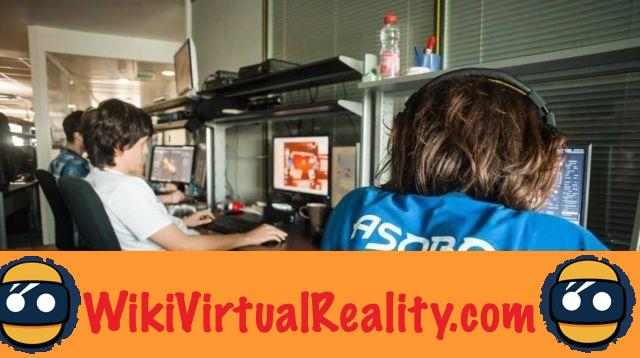 Presentation of Asobo Studio, the studio made in France

Asobo studio est a French studio, based in Bordeaux, having more than 14 years of experience and being composed of a hundred employees, the Asobo studio is currently working on several projects kept secret for a very long time until recently and expected to offer quality content for the Hololens, including Young Conker, Holotour and the famous Fragments, all specially designed for Microsoft's augmented reality headset, which is one of NASA's work tools. Microsoft also places great confidence in the Bordeaux studio Asobo, since it quite simply offered them development kits for the Hololens a little over a year ago when only North America had had this chance. Trust based on the already significant experience of the French studio who was able to prove to Microsoft that they were in the best position to bring such a project to life as an augmented reality game on the Hololens. 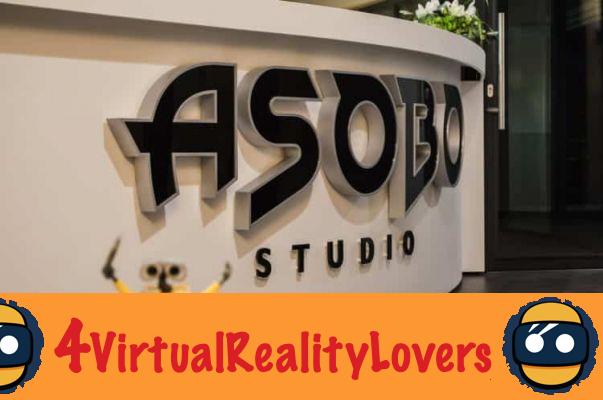 This is notably their former project, Kinect Hero, a video game featuring Pixar characters on Xbox 360 and Kinect, which pushed Microsoft to choose Asobo studio for the creation of Fragments, as well as David Dedeine, co-founder of Asobo studio and former game designer of the studio Kalisto Entertainment, recounts:

Asobo Studio and its achievements

Finally, there is not a single one of their game that is not received a victory or a nomination, let's talk about FUEL which in 2009 entered the Guinness Book by beating the world record in the category “Largest playable environment”, approved at 14,000km2 while winning at the Video Games Festival the Milthon Award 2009 “Best Graphics. In 2008 Asobo Studio entered n ° 74 in the Top Develop100, among the best development studios in the world. In 2007 he won the prize for “Best Animated Video Game” at the 35th Annie Awards ceremony with the game Ratatouille inspired by the Pixar animated film. But it's mostly their game Wall-E who was able to consolidate their professional experience with a nomination at the Video Games Festival for the Milthon Award 2008 “Best console game” but also by being nominated in two categories by Gamespot, the Most Surprisingly Good Game Special Achievement and the Better Use of a Creative License Special Achievement. Finally Wall-E is nominated at the 36th Annie Awards ceremony as “Best Animated Video game”. In all, the7,5 million copies worldwide. Finally Asobo studio recently worked on Quantum Break, the big exclusivity of the XBox ONE, Microsoft's home console. They thus brought their expertise to the level of animations, lightning, FX, code and sound design.


Another reason is quite simple, for Microsoft the secret had to be kept around Asobo studio's projects for the HololensThus, a studio based in Bordeaux was more discreet than a studio based in the heart of the best American development studios. And Microsoft did not skimp on the means to keep the secret around its device, thus, the devkits of the Hololens were kept. in a completely closed room, with caulked windows, within the Asobo studio, but above all, it is through a biometric system that the room in question was accessible. It was then necessary to come in this room to test any new idea or prototype. A real fortress jealously guarding its secrets. 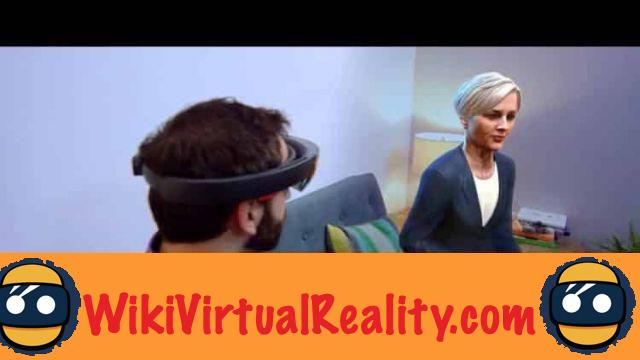 Fragments has been available since February 29, 2016 on the Hololens, but you still have to have this helmet. For Asobo, their game should be accessible to the general public when the RA headset is and it will not be. not before 2020 for the French studio. The game allows you to play as a police investigator in front of solve murders in a very thriller atmosphere. It will thus be possible to study murder scenes in his living room, Fragments will then take into account the mapping of the place where you play in order to paste the evidence in this place in a coherent way. In addition, the player will have the opportunity chat with virtual characters who will be aware of your presence and where you are, in order to create a perfect immersive and personalized experience. By studying and amassing virtual evidence in his environment, via futuristic interfaces that Batman would envy, the player will have to figure out what happened and find the killer.


Game graphics are quite impressive and the atmosphere mixing science fiction and thriller offers a rather unique and interesting experience, the sound work is also there and the possibilities of interactions, with the environment, the evidence but especially with the NPCs (non-playing characters) are pretty amazing. Fragments is a quality game that will push the Hololens to show all its abilities.

The game should have a 7 hour lifespan and the CEO of Asobo studio, Sebastian Wloch speaks about it under these terms:

Microsoft for its part is very proud to have been able to work with a very professional studio and Kudo Tsunoda, Corporate Vice President of Microsoft is going with his little statement: 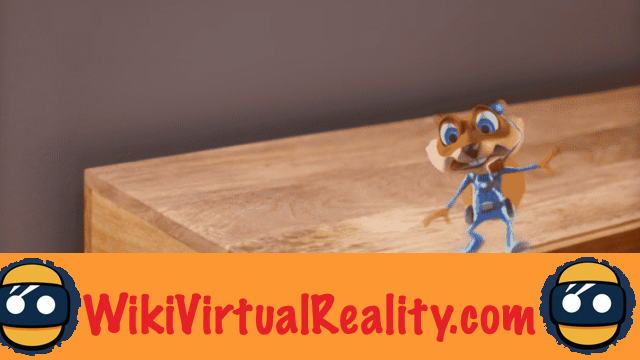 But let's also talk about the second game from Asobo studio which was released at the same time, Young Conker, where the player embodies the famous little animal in a completely impressive version of the title. Indeed, the game keeps all its dimension of platform, with its enemies, collectibles and platforms to jump to, the only small difference is that the game fully takes into account the place where you play. If the mischievous little animal ever reaches the edge of your desk, you can see an animation where it loses its balance and almost falls, but even more bluffing, the game Young Conker can recognize a sofa, in addition to seeing his collision zones, so the little hero, who knows that he is on a sofa or a sofa, will start to bounce on it while moving forward. Bluffing! Asono studio has been working on this dimension for several months and states that:

The game is a little less impressive, both in terms of graphics and sound, even if its cartoon design works clearly, we feel that the game requires less work from Asobo studio and you will enjoy playing it less.

Holotour, the tourist trip of the Hololens

Their latest game, Holotour is over a tour guide leading to contemplation than a real fun video game. This application will allow you to visit Rome or the secrets of Machu Picchu making you really feel in these places, in a combination of panoramic videos, holograms and sound spatialization. You can learn many things about these different places with the help of Melissa, a tour guide that will share with the user real historical facts and enticing anecdotes. In addition, the app reacts to your reactions, so if it detects that you are interested in something by looking at it for a long time, it will offer you new details about that thing.

The studio Asobo studio shows us in its partnership with Microsoft that it can create amazing video games and raises the esteem that we can have for French video games. Asobo studio encountered many difficulties in the creation of this project, but always knew how to keep the hope and the enthusiasm:

The three games of Asobo studio, Fragments, Young Conker et Holotour are now available directly on the Hololens when you get it since the end of March 2016. The first two have, according to Asobo studio, a lifespan of around 7 hours each, for the last, nothing has been specified. Of course, all of these games are only available for Windows 10, along with the Hololens. Do not miss these different experiences that arise like the best on the Hololens and which in addition shows the French know-how in terms of video game products.

Pokémon Go: what are the best Pokémon after rebalancing? ❯