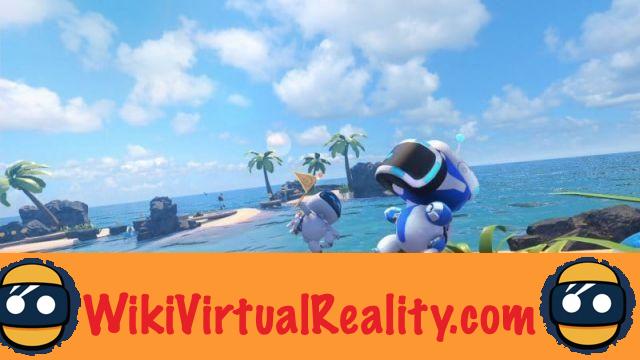 Since its release on October 2, 2018, Sony's game has been a huge hit on PSVR, both with players and critics. So, based on the famous Metacritic review aggregator, the title received an average score of 90/100 through 36 professional reviews. Likewise, out of 207 player reviews, the game gets an average of 9/10.

With such a high score, receives “Universally Acclaimed” status by Metacritic standards. Among all the PS4 games launched in 2018, this virtual reality game rises to sixth place in the ranking of the best rated titles alongside hits like or again. In the ranking of all PS4 games, it is positioned in 23rd place.

Astro Bot is the 23rd best PS4 game of all time

Of course, no other title in the PSVR catalog rivals. is by far the highest rated Sony VR headset game on Metacritic. It's also one of the only PSVR games to enjoy a 5/5 rating on the PlayStation Store.

Even though PlayStation VR offers plenty of great games, Astro Bot has managed to pique the interest of media that usually have very little interest in virtual reality. Thus, the Washington Post gives it a score of 9/10, like IGN and Game Informer. Likewise, Eurogamer gives it “Recommended” status, and Variety also praises it. We ourselves gave Astro Bot a rating of 8/10 in our test.

If you haven't tried it yet, know that free demo will be offered by Sony from October 16, 2018. In addition, a bundle bringing together the PSVR and platform games and is available in the United States. However, it is not known whether this tempting offer will also be offered in France.

The Walking Dead # 1 most downloaded PSVR games in May ❯