Attack on Titan VR: a virtual reality attraction from the manga 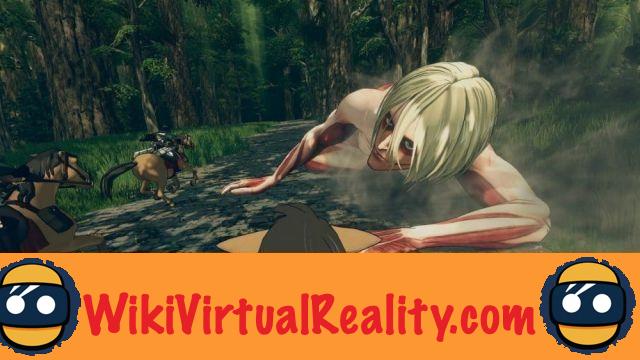 Virtual reality allows you to immerse yourself in imaginary worlds, and in particular in the mythical universes of popular culture. However, in Europe, the number of franchises suitable for VR gaming is limited. The only experiences from famous franchises offered on the old continent are and. And again, it is necessary to travel to London to try out these attractions.

In Japan, things are very different. Virtual reality fascinates the Japanese, and many films and manga rooted in local cultural heritage have been ported to VR. This is the case of or even . For several years now, in Tokyo, virtual reality has allowed comic book and Japanese animation enthusiasts to realize their dream: to dive into fiction to experience it from the inside.

It must be said that works like Dragon Ball, Gundam or even Dragon Quest have an almost sacred character in the land of the rising sun. If these franchises are known internationally, they are worshiped in their country of origin.

Today, it's a more recent but equally popular license that is the subject of a VR adaptation reserved for the Japanese capital. This is the manga / anime " ", or " " in original version. Published in Bessatsu Shōnen Magazine since 2009, this manga written and illustrated by Hajime Isayama is a huge success, as is its animated version.

The story takes place in a world where humanity lives reclusive in cities surrounded by immense walls protecting them from immense titans. Throughout history, the true nature of the titans is gradually revealed and the twists and turns are numerous. An exciting storyline, charismatic characters, a masterful staging and dantesque action scenes are just some of the qualities that have allowed this manga to become totally cult in less than a decade.


Attack on Titan VR: relive the fight against the Female Titan in virtual reality 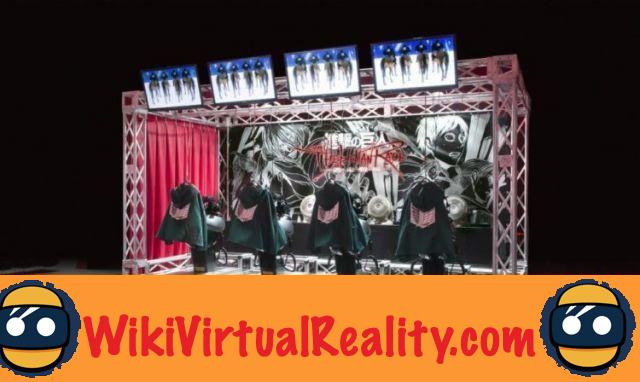 This virtual reality attraction taken from was produced by Sony Music Communications in partnership with Taito. It is titled ”“. A title that can be translated into French in two different ways: "the human race", or "the human race". Fans will understand this double meaning.

The experience will offer four players join forces to fight the famous Female Titan. This is a direct adaptation of a chapter from the first part of the manga. The first photo unveiled shows four stations located next to each other.

Chaun des poste brings together an HTC Vive Pro VR headset suspended, a costume similar to that of the characters in the manga, as well as an electronic seat that will simulate trips on horseback. A fan is also placed in front of each seat, presumably to simulate the effect of the wind during the ride while cooling the user.


This virtual reality attraction will be available for a test period at Ginza Sony Park in Tokyo from October 19 to 26, 2018. We don't know about you, but honestly, we're on the verge of flying to Japan just to try the experience. Hopefully it will be launched in Europe in the near future!

add a comment of Attack on Titan VR: a virtual reality attraction from the manga