Augmented reality - 2017 could be a pivotal year for AR 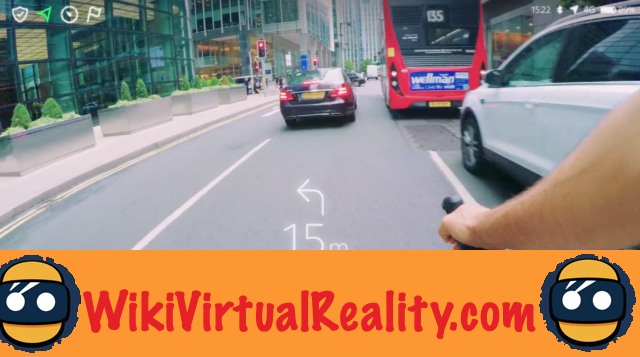 Thanks to Pokémon Go, 21 million people have become active every day in the United States alone. All social categories have been impacted by this phenomenon, and this game quickly became the most popular and influential health app of 2016.

This success is largely linked to nostalgia, but also to augmented reality. This new technology has allowed millions of fans to play as a Pokémon trainer in the real world. The only way to provide a more realistic Pokémon experience would be to clone mutant animals and release them into the wild.

Magic Leap, HoloLens and Snapchat, pioneers of augmented reality for the general public

Today, the fad seems to have faded, but augmented reality is still in its infancy. The whole world has its eyes on the next hardware evolutions of this technology. For example, researchers at Duke University have demonstrated the possibilities of using the HoloLens for surgical operations. However, it will take 10 years for the technology to be truly successful and meet HIPAA standards.

Likewise, the AR Snapchat Spectacles glasses are very successful, and stocks are running out faster than the firm is able to replenish them. However, for now, these glasses are only used to use Snapchat through a pair of glasses. Even Magic Leap, the firm behind the most promising AR headset, is only beginning to unveil its mysterious technology.

Currently, Microsoft, Magic Leap, and Snapchat appear to be leading the charge in the AR hardware market. However, 2017 is likely to be a pivotal year for the evolution of this new technology. The The only barrier that still stands in the face of the democratization of augmented reality seems to be the lack of really convincing selling points of the different devices.


A wave of revolutionary AR applications from 2017?

The arrival of truly fascinating applications and software should provide the necessary impetus for the phenomenon to take off. To be exact, millions of people already use augmented reality on a daily basis. For example, Snapchat's 150 million users use Face Swap, allowing faces to be reversed. However, this visual effect is entirely based on augmented reality.

Between Snapchat and Pokémon Go, 2016 showed us just how exciting AR mobile apps can be. These two softwares caused real crowd movements in a very short time: Pokémon Go hunts on one side, and Face Swap challenges on the other.

We we are living in an era of inspiration for augmented reality technologies, and 2017 should mark the democratization of this phenomenon. AR will finally enter our dailies. Either way, it's not the tools that make us creative, but the way we transform our creative processes using those tools. Technology is only half the inspiration. The other half depends on us human beings.