Automobile VR - How virtual reality is transforming the automotive industry 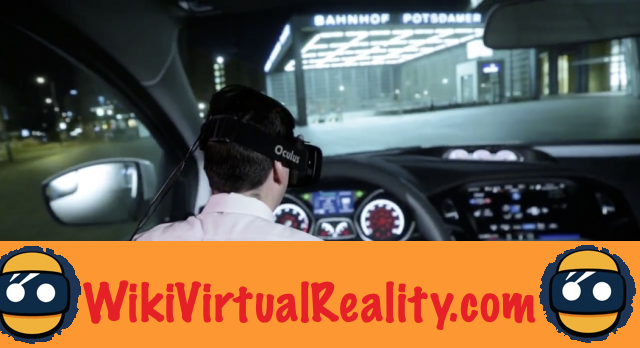 Automobile VR: virtual reality to try out cars from a distance

Thanks to virtual reality, car dealers can now present their vehicles to their customers from anywhere. In a store, in a shopping center, or directly in the consumer lounge, VR headsets allow you to discover a vehicle from all angles without having to be physically present. The user can turn around the car, and even view all the options that interest him instantly.

REWIND has created the first fully immersive virtual reality automotive configurator for the Oculus Rift DK2, as part of the Lexus NX launch. Thanks to the latest CGI technologies, the user is immersed in a virtual world in which he can configure all the different aspects of the Lexus NX and take the wheel for a test ride. After this first experiment launched in 2014, many other manufacturers followed this example. This is the case with Volvo, but also with Audi which, for example, offers an application for Oculus Rift allowing the user to configure the vehicle of their dreams and to try it out.

VR can be used to display vehicles remotely, but also in stores. At the dealership, the possibility of using a virtual reality headset to view the various options gives the customer an impression of modernity. The brand image is thus improved. Likewise, certain brands are now equipped with adaptable test booths, the shape and dimensions of which adapt to the vehicle that the user wishes to preview in virtual reality.


Automobile VR: virtual reality at the service of advertising

Virtual reality is an innovative and exciting medium, which makes it possible to mark the mind of the user and to leave him a lasting memory. This is why this technology has great potential in the field of advertising. Car manufacturers have understood this well and are trying to use it to their advantage by creating quality promotional experiences.

La VR also allows builders to deliver immersive storytelling and highlight the benefits of a specific product.. Toyota wanted to highlight the reliability of its vehicles. To do this, the firm created four VR experiences representing different dangerous situations in which the car acts as a shelter for passengers.

Some firms also choose to promote their vehicles by developing video games in VR, to advertise in a fun way. Thus, Nissan has created a flight simulator in which players have to collect as many Nissan Juke components as possible. Likewise, BMW has created a 360-degree video game in which the player has to follow Gigi Hadid's car.

In 2016, Jaguar created the first social virtual reality experience to launch Formula-E. Equipped with an HTC Vive headset, the various users could see the avatars of other spectators in a virtual world.

- 360 degree auto racing videos allow fans to view the races from the driver's point of view. Thus, VR makes this experience much more immersive. The viewer can actually feel the speed and power of the vehicle. In certain events, these experiences can even be augmented with the help of advanced hardware equipment. For example, Hyundai has created a cabin that allows you to experience the same sensations as the pilot.


Hyundai i20 WRC 4D VR + Co-Driving Experience from MAN OF CREATION on Vimeo.

Automobile VR: virtual reality at the service of road safety 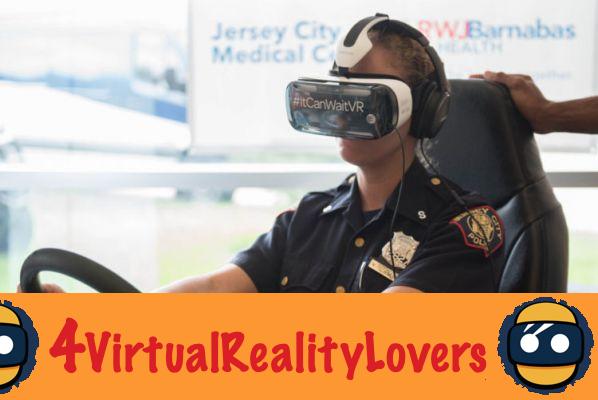 In an effort to raise awareness, the Japanese Toyota used virtual reality to demonstrate the dangers of distracted driving. Likewise, a virtual reality experience allows the user to experience the perceptual disturbances that they would experience if they were drunk. Thus, the user realizes that it is impossible to drive correctly in this daze.

- autonomous vehicles represent the future of the automotive industry. Of course, unmanned cars must be completely reliable and secure before they are launched into the mainstream market. Test software can be helped by virtual reality. Simulations are launched in order to test the vehicles in real conditions. In the event of an accident, insurance companies can now use virtual reality simulations based on the various testimonies to reconstruct the scenario.

La virtual reality enables automakers to design and produce vehicles faster. In the past, to experiment with new ideas, it was necessary to create physical prototypes. Now, VR makes it possible to test various concepts through virtual representations. So the development can start quickly and the experiments can be done in virtual reality.

Ford and Chevrolet use virtual reality in particular to allow their designers and engineers to unleash their creativity. For each new vehicle concept, Ford uses simulations of common situations that users will encounter. This process makes it possible to verify the reliability of a concept in a real situation without having to create a physical prototype first.

As you will understand through these different examples, the automotive industry is one of the sectors in which virtual reality can have the most impact. From design to production to sale, VR can be used to simplify every step.