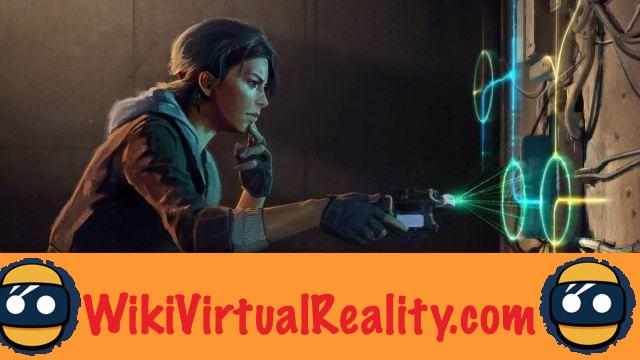 IGN and Valve have just released 3 gameplay trailers and 1 9-minute video of Half-Life: Alyx. The opportunity to discover this extremely promising game in more detail.

The game is expected to launch on March 23. The least that can be said is that it is highly anticipated. Billed as the AAA game virtual reality has been waiting for, the announcement of its release caused a scramble for Valve Index headsets causing them to run out of stock. 3 weeks before its release, IGN and Valve are finally offering several videos showing how Valve's very first full virtual reality game will be played.

This first trailer gives a look at the monsters and the kind of slow combat the game will offer. The gameplay also allows us to experience the “grab and shoot” mechanic for nearby objects, which is a kind of gestural adjustment to the “force pull” typical of many other VR games. We also get a look at the leveling stations the player will be using throughout the game to upgrade their weapons.

This second gameplay of the game shows more the puzzles to be solved. It will take both skill and speed to solve some puzzles. This trailer reveals a little more of the complexity of the game.

This third video puts much more emphasis on high intensity combat. Hal-Life: So Alyx will be a mixture of slow combat, fast combat and puzzles to solve. The trailer also shows how much the player can interact with their surroundings such as, for example, pulling a car door to protect themselves from bullets.


This last video shows almost 10 minutes of gameplay of the game. Different aspects are presented. The game is truly spectacular and has many different elements that make it particularly appealing.

add a comment of Awesome 19 minutes of Half-Life: Alyx gameplay