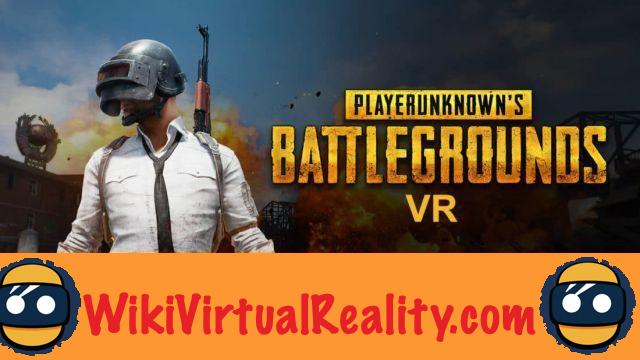 Since its initial release on Steam in March 2017, PUBG (PlayerUnknown's Battlegrounds) has managed to unite tens of millions of players. This title is clearly not free from flaws and imperfections, earning it a rating of just 6/10 on Steam. However, the concept of this game is so fun that an incredible number of users manage to skip it to focus on the good sides and treat themselves to good chuckles. Especially since the developers of BlueHole Studio are driven by passion and do not stop refining their software over the updates.

If you do not know this game, the principle is simple. 99 players are parachuted simultaneously on an island. They must then kill each other until there is no more than a living player. The latter wins the game. Weapons and other equipment are scattered all over the island, as well as different types of vehicles. To hope to survive, players will need to be strategic by hiding and moving discreetly, but also knowing how to wield guns like real soldiers.

Made viral by the many streams dedicated to it on Twitch, YouTube and other live broadcasting platforms, PUBG almost was voted Game of the Year 2017 and continues to grow in 2018. Now available on consoles and PC, this title has strongly contributed to democratize the "Battle Royale" video game genre. Not surprisingly, the game has been emulated by many. On PC, we can notably mention Fortnite, released in July 2017, which today tends to surpass PUBG in terms of popularity.


The genre is also available on smartphones, including l’excellent Rules of Survival developed by NetEase. In China, an official mobile version of PUBG will also be launched soon. However, what could be more exhilarating than taking part in a Virtual Reality Battle Royale ? Hide behind a door, hear an enemy stealthily approach and fall on them by surprise armed with a shotgun to retrieve their loot and run away at full speed before other players arrive, roused by the noise ...

In these games that offer constant tension, the player must really embody his character from start to finish. In this context, the immersive potential of VR headsets can make sense. To hide, the player must no longer just press a key on the keyboard, but crouch in his living room. To check that he's not being followed, he needs to actually turn his head around him. Taking down an enemy with a Sniper Rifle with a VR Rifle-type controller requires true precision. Thus, the player's ability to survive in a hostile environment is really put to the test. Luckily, there are several Battle Royale VR games out there already. Here is the list of the best.

With a 9/10 rating on Steam, Stand Out: VR Battle Royale is the best game of its kind in virtual reality. Available in Early Access since December 2017, this title masterfully takes the recipe from PUBG. 30 players are parachuted on an island and must collect the weapons and vehicles scattered around to kill each other to the last.


La 400-hectare carte offers a variety of environments, and there is of course a cooperative mode. The possibilities offered by virtual reality are exploited to perfection, with in particular the possibility of using the room-scale tracking or of disarm opposing players by taking their weapons directly from their hands. Developed by Raptor Lab, Stand Out is available on Steam for 22,99 euros and compatible with Oculus Rift, HTC Vive and Windows Mixed Reality.

The Bullets and More VR game has been available on Steam in Early Access since September 2016. This virtual reality FPS emphasizes fun above all without skimping on content. There are more than 40 cards and 30 different weapons. The title also offers many game modes: Deathmatch, Team Deathmatch, Capture The Flag, Virus Infection, Gun Game and Classic Deathmatch. Since the October 2017 update, a mode Battle Royale VR (BAM Royale) is also available.

BAM Royale games take place in two new dedicated cards, and take the concept of PUBG and Fortnite. Players are parachuted onto an island, and can use a vast arsenal and various vehicles to kill each other to the last. Available on Steam for 14,99 euros, BAM VR is developed by Koenigz and compatible with HTC Vive, Oculus Rift and Windows Mixed Reality.

Pavlov VR: one of the best VR FPS is enhanced with a Battle Royale VR mode

Available in Early Access on Steam since February 2017, Pavlov VR is one of the best FPS shooting games in virtual reality. Developed by Davevillz, this multiplayer FPS has almost everyone agreeing with a rating of 9/10 on Steam. The title stands out for its breathtaking pace, the ability to create your own maps and the rigorous monitoring provided by the developers. The game also offers its own locomotion system, “Out of Body”, halfway between teleportation and natural movement.

In 2018, Pavlov VR will be expanded with new Battle Royale VR mode inspired by PUBG and other games in the genre. According to the first feedback from beta-testers, this mode is very successful. Very few details have been released yet, but the developers are working hard to make BR mode available very soon. Knowing that Pavlov originally offered fighting in rather closed areas, it is likely that new open world maps are deployed at the same time.

Until None Remain, a futuristic Battle Royal VR game

Available in Early Access since January 18, 2018, Until None Remain is a very promising game. This futuristic VR Battle Royale offers players the opportunity to compete against each other in matches lasting up to 10 minutes or until only one player remains in the running. In addition to the traditional weapons and armor to collect, there are original equipment such as Jet Packs, traps, magnetic gloves to climb walls and much more. Players can also block enemy damage using energy shields.

The title also offers full-body tracking automatically detecting when the user squats for example. Unfortunately, as it stands, Until None Remain is struggling to convince due to many bugs and a graphic quality that leaves much to be desired. As it stands, the game is rated 6/10 from users. Hopefully these weaknesses are quickly corrected. Available on Steam in Early Access for € 1,99, the title is compatible with HTC Vive and Oculus Rift. Note that a non-VR PC version is also available.

Developed by Oneiric Entertainment, Virtual Battlegrounds is a Battle Royale VR type game announced in October 2017. The title is still in development, but the first trailer is very enticing. Visually, the game looks awesome and realistic. The opening scene, during which the player is parachuted onto the island, seems particularly jubilant.

Note that the game is offered in Alpha version now. It is possible to register on the official website. It is not yet known when the game will be available. It will be compatible with Oculus Rift, HTC Vive, and possibly Windows Mixed Reality thanks to Steam VR.