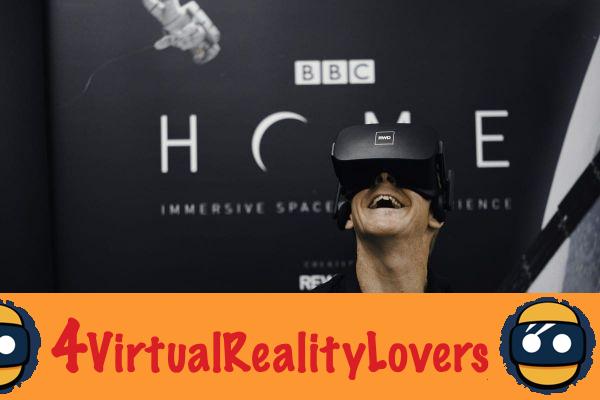 A little over two years ago, the BBC launched into the production of virtual reality content. At the time, British society was convinced that VR had the potential to revolutionize journalism by allowing viewers to “experience” reporting and to feel an empathy that other media cannot.

Since 2017, the BBC VR Hub has produced several projects such as the film "Trafficked" offering the viewer to put themselves in the shoes of a woman reduced to slavery, or a virtual trip in space entitled "Home". We also owe him a VR experience based on the famous Doctor Who series.

Sadly, the adventure ends here for the UK public broadcaster. On his blog, the BBC announces this week the closure of its VR Hub.

According to the, these VR films would have attracted a very low audience compared to the traditional content of the company. However, the BBC refuses to reveal the number of spectators who have tried these immersive experiences.

The closure of the BBC VR Hub comes once again questioning the potential of virtual reality for the general public, while Google announced the same day that it was abandoning its Daydream VR platform, which never took off.

VR struggles, again and again, to seduce consumers. Therefore, business projects are simply not profitable. However, we can hope that the evolution of technology and the fall in costs will allow a gradual democratization in the years to come ...

Despite the closure of the VR Hub, BBC says it will continue to explore opportunities related to virtual reality. Other branches of society may also decide to create VR content by taking advantage of the lessons learned with this experience ...