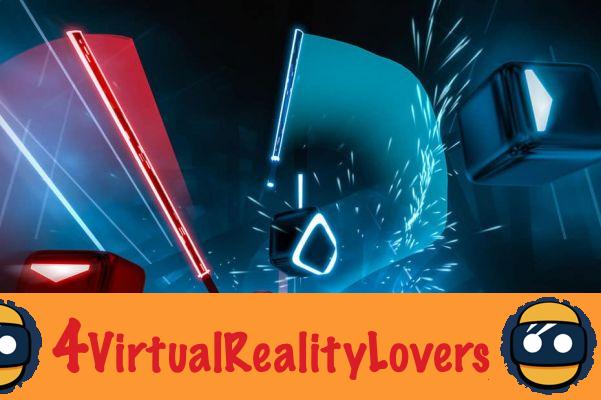 We had the right to a little teasing recently concerning news on Beat Saber. We now know more, it is probably a new music pack.

The game with phenomenal success continues to rally a very large audience of fans attracted by the fun experience and especially the recurring renewal of musical options. Music lovers can rejoice, others arrive.

It is on November 7, 2019 that the new music pack should be available for Beat Saber players.. The information was detected by a YouTuber named "Get To Da Choppa VR" who explains that, in a listing of the PSN Store, the music pack is already present, even if it has not yet been officially announced. You can see it at the following address (if it hasn't been deleted since the leak).

It is therefore music that comes from the Monstercat label, a new partner in rhythmic play. Here is the list of music that will be available.

This pack, dubbed “Beat Saber Rocket League Music Pack DLC” will be sold for $ 8,99. Good news, this makes it the second cheapest pack in the history of the phenomenon game. Only one will have been less expensive: the four songs of Panic! in the disco pack. Unsurprisingly, these new songs still give pride of place to electronic music. The game of cutting cubes with a lightsaber to the rhythm of the music therefore probably still has a bright future ahead of it despite the arrival of a competitor named Pistol Whip.