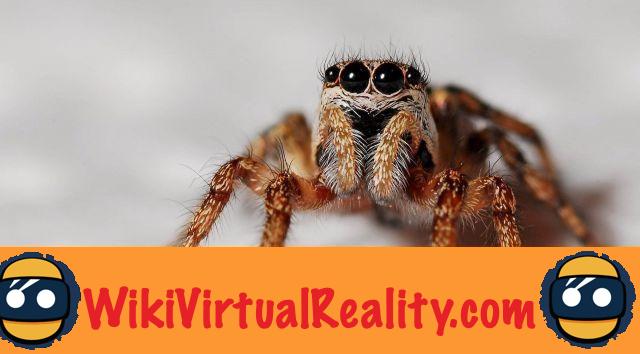 Have you got ever dreamed of becoming a spider ? No ? This is rather normal, but know all the same that this curious metamorphosis is now possible thanks to the magic of virtual reality.

Researchers at the University of Duisberg-Essen, Germany, have created a VR experience to trick the user's brain into convincing it that it embodies a non-human body like that of a spider or a bat.

According to the MIT Technolgoy Review, this is a high-tech version of the rubber hand illusion aimed at persuade a person that an inanimate object is part of their body.

VR study participants actually felt like they were becoming spiders

The results of the experiment reveal that some participants even had a greater “feeling of ownership” in this virtual body than in their own body. This is particularly the case when participants have the opportunity to fly in the body of a bat.

Even when playing as a spider, participants claim to feel inside their body despite the fact that the skeletal structure is drastically different from that of a human. This surprising phenomenon shows how powerful the effects of VR on the brain can be ...

We already knew that VR can create empathy by allowing the user to step into the skin of another human being, but it turns out that it is also possible embody non-human beings with the same sense of presence and ownership. New possibilities are opening up for scientific research, but also for other sectors such as video games ...

Pokémon Go: how to get Mime Jr. in Shiny version ❯