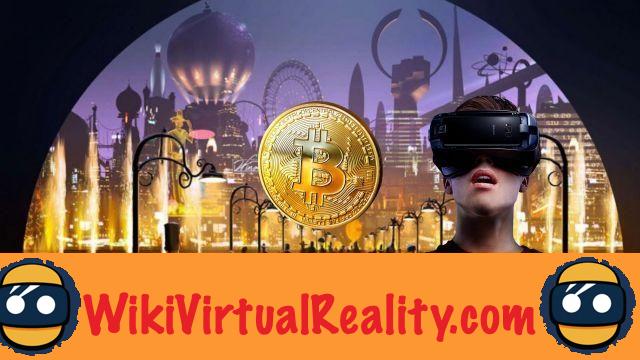 It's no secret: Bitcoin is no longer on the rise. While its price had almost reached $ 20 in December 000, it fell throughout the year, finally plummeting 2017% in November 36. A decline that reverberated across all cryptocurrencies such as Ethereum or Ripple.

However, virtual reality could embody the salvation of cryptocurrencies. This is the opinion of Brian Armstrong, the founder and CEO of the famous Coinbase mobile application which allows you to buy and sell Bitcoin and other "cryptocurrencies".

In a post published on his blog, the entrepreneur predicts that the use of cryptocurrencies will be stimulated in the future by the emergence of “virtual worlds” in which users will use Bitcoin and the like to trade. Indeed, these virtual and universal currencies will be much more practical than those of the real world which are attached to specific regions.

To illustrate his theory, Armstrong relies on examples taken from science fiction with works such as the famous “Ready Player One” or “Cryptonomicon” in which humans spend most of their time in virtual reality. In addition, it evokes already existing examples of virtual worlds like Sansar, High Fidelity, Alt Space or VR Chat.

Bitcoin and cryptocurrencies will replace money in virtual worlds

According to him, these VR universes are set to multiply in the coming years and attract more and more people as the adoption of virtual reality by the general public increases. Fact, many companies and investors will be interested in these platforms and the possibility of offering virtual goods and services there.


In exchange for cryptocurrency, users will be able to purchase virtual experiences as well as goods for their avatars: clothes, accessories, housing, vehicle ... it will also be possible to purchase entertaining digital content such as series episodes or songs directly from VR.

On their side, content creators will be able to enrich themselves by exchanging cryptocurrencies earned in the virtual world for their local real world currency. Some will earn enough money to make it their main source of income, and therefore spend even more time in virtual reality.

Still according to Armstrong, several options are possible for developers of virtual worlds. It is possible to create their own centralized digital currency, like the Linden Dollar in Second Life. However, one can also rely on a already existing decentralized cryptocurrency such as Bitcoin or Ethereum or create your own token based on the Blockchain of one of these currencies. In the long term, the CEO of Coinbase believes that real virtual banks could emerge.

The biggest obstacle to the massive use of bitcoin in this area remains its very high volatility : while this makes it an ideal medium for speculation (which can be an advantage for certain types of investors), it is also a significant risk for all companies wishing to invest in it in the long term.

Mana: the cryptocurrency of a virtual world

Launched in 2020, Decentraland is a virtual universe owned by its users. In 2017, the latter had invested no less than $ 20 million in the project against virtual coins.


Today, these investors hope to make a profit by trading in goods and services in this virtual world. To do this, they use Mana, a cryptocurrency specific to this world.

In any case, Mana is doing well, doubling in value this year. Additionally, 10 days after launch, plot sales totaled over $ XNUMX million on Decentraland. Either the most traded good on the Ethereum blockchain at the moment.

On the technical point, Decentraland is based on a decentralized and autonomous organization, more precisely a software based on Ethereum. Thus, the software manages the funds intended to pay the developers who build the world and own the public spaces like the roads.

As the software runs on a distributed network of servers, it is less susceptible to attacks (such as government censorship).

Of course, no need to join this virtual company to buy cryptocurrency. For this purpose, the bitcoin actufinance page give advice on how to buy bitcoins.

add a comment from Bitcoin: VR will save cryptocurrencies according to Coinbase