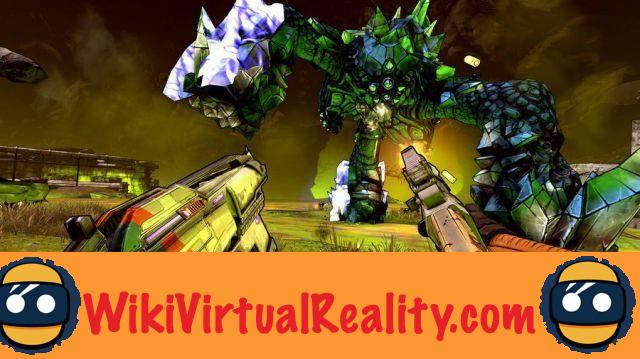 In early October 2018, for the two years of PSVR, Sony announced the upcoming release of Borderlands 2 VR on its virtual reality headset. This is a full port of the famous FPS on the PlayStation VR. Of course, when you know how much this game is adored by many fans, it is not surprising that the announcement has stirred up passions.

However, until now, we had to settle for the official trailer as an extract. There was therefore nothing to preview how the game would be played on the PlayStation VR. The problem is now resolved, as a first gameplay video has just been unveiled. during Twitch Con which took place from October 26 to 28, 2018.

Indeed, the PlayStation truck was present at the event and visitors had the opportunity to try Borderlands 2 VR. A brief video was posted to the official Borderlands Instagram account.

Borderlands 2 VR: a PSVR game as intense as the original experience

We see a player trying out this new game using the PS4 Dualshock 4 controller. This controller allows to find a gameplay and freedom of movement similar to that of the original game. However, we would have preferred to be able to play using the PlayStation Move or the Aim Controller rifle for more immersion.

As in Resident Evil 7 and Skyrim VR, the player is able to aim by moving the head thanks to the head-tracking of the PSVR. Also, despite the fast pace of the game, the player does not seem to experience any issue with nausea. The title should therefore prove to be comfortable.


As a reminder, Borderlands 2 VR is a full port of the original game released on PlayStation and Xbox in 2012. We will therefore find all the content adapted in virtual reality. However, the multiplayer mode will not be there and the various DLCs will not be available either.

The game will be launched exclusively on PSVR on December 14, 2018. As usual with PlayStation VR exclusives, it is highly likely that the game will launch on Steam VR and Oculus Rift sometime in 2019. However, nothing has been announced at this time.