Borderlands 2 VR on PSVR: no multiplayer, here's why 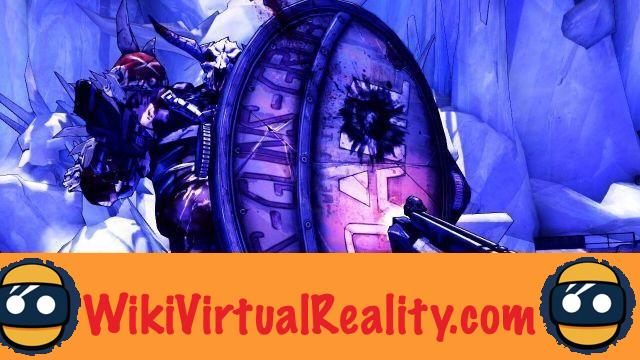 Announced in October 2018, Borderlands 2 VR will finally be available on the PS4's PlayStation VR headset starting December 14, 2018, with release slated for Oculus Rift and HTC Vive for 2019. Fans of the original game released in 2012 on consoles will be able to enjoy this full porting in virtual reality. The all content has been adapted in VR, to allow players to immerse themselves in the world of Pandora. All, or almost ...

From the presentation of the game, the developer Gearbox clarified that the cooperative multiplayer mode would be absent from this VR version. It will only be possible to play solo. A huge disappointment for many fans, because the multiplayer mode is one of the main strengths of this cult game.

In an interview with IGN, lead designer Jacob Lavender has finally spoken about the lack of multiplayer. According to him, the goal of the developers with Borderlands 2 VR was to offer the same story as in the original game with a completely different gameplay in order to offer a feeling of freshness and novelty.

To do this, new features have been implemented. This is for example the case of movement by teleportation, or the BAMF system which will allow time to be slowed down in order to shoot enemies more quickly. However, according to Jacob Lavender, such features are not suitable for multiplayer. The balance between the characters could be disturbed, and the quality of the experience would be diminished.

So this is the main reason why the multiplayer mode has been removed in this VR version. To be honest, we are not really convinced by this justification. In our eyes, the multiplayer mode is clearly the main interest of Borderlands 2 and its absence is likely to be sorely felt. However, we will wait to test the game to see if this hunch is confirmed. And you, what do you think of these explanations?

add a comment of Borderlands 2 VR on PSVR: no multiplayer, here's why