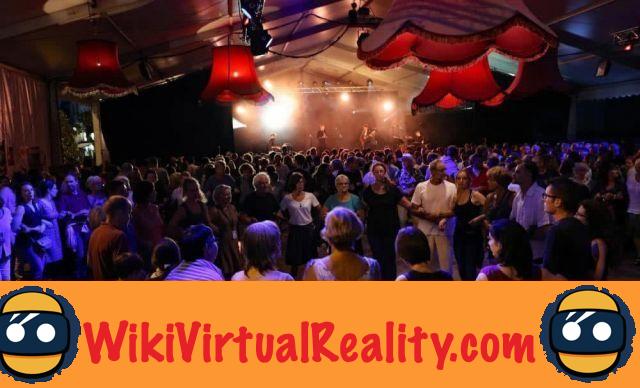 Brittany is a delicious mix of modernism and ancestral traditions resulting from a strong culture which is still very much alive. The tradition of Fest-noz, which combines traditional music and typical dances, is more relevant than ever. The cyber Fest-noz given in Quimper during the Cornwall Festival will be broadcast worldwide on Saturday July 28, 2018 through many platforms on the Internet. It will also be the first traditional Breton festival to be transmitted at 360 degrees.

The “Breton mafia” is about to launch a 360-degree cyber-bombardment attack! Indeed, thanks to a partnership with the operator Orange, Cyber ​​Fest-noz 2018 organized with An Tour Tan, which will take place as part of the Cornish Festival, will be broadcast live on the Internet. An innovative system will allow its worldwide distribution on an infinite number of platforms. According to the organizers, the quality of the transmission should be exceptional. Big positive point, besides the fact that the transmission will be free, it will also be possible to follow the Fest-noz at 360 degrees in a virtual reality headset.

The organizers rely heavily on the quality of transmission to create a "". The colors will be identical to those on site and the organizers promise an ambisonic sound offering complete immersion. After seducing 265.000 internet users last year, the 2018 version of Cyber ​​Fest-noz promises to be a massive export Breizh thanks to social networks ... The “Breton mafia” therefore asks Breton expatriates all over the world to share this article on their social networks to promote Cyber ​​Fest-noz and Breton culture in general throughout the world, especially since the programming this year seems to be a great vintage with in particular the irreducible Sonerien Du or even Digresk and Hiks. Bagad Brieg will also be there as well as a surprise… More information on the official Cyber ​​Fest-noz website here.

The best stores and sales experiences in virtual or augmented reality

Add a comment from Breton Mafia: Cyber ​​Fest-noz 2018 will be available at 360 degrees