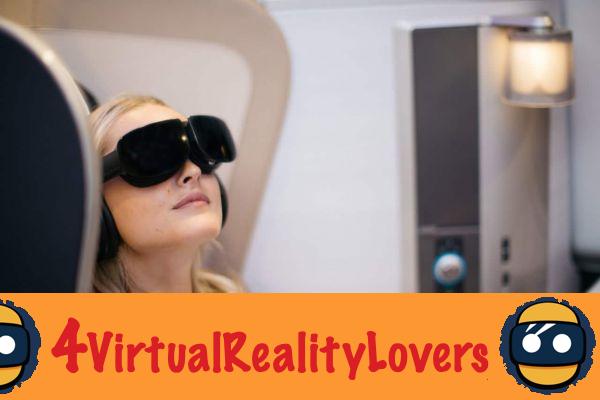 British airline British Airways is the latest to launch a test around virtual reality or 360 ° content for passengers on board its planes.

For years now, the possibility of seeing films on board airliners has become a given. However, airlines are now moving to the next level with offers intended to reach the most keen on new technologies. 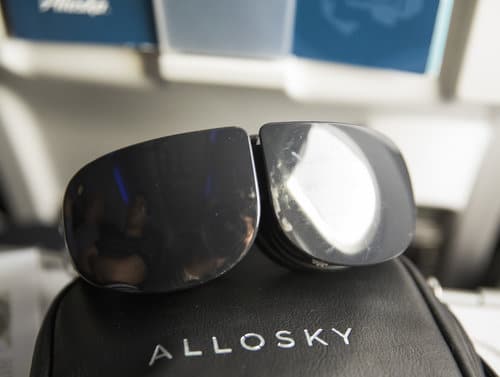 Virtual reality on board British Airways planes: a promising test

British Airways announced this week that passengers traveling between London Heathrow and JFK Airport in New York will benefit from this virtual reality trial. The company relies on Skylights and its specialized helmet: AlloSky. For those who have never been able to experience it, it is much more than just a virtual reality headset that works with a phone, without being as dreamy as an Oculus Quest. The device is powered by a Qualcomm chip and looks like a pair of glasses weighing 250 grams. The virtual reality headset offers 3 degrees of freedom, tracking your head, and allows you a 360 ° vision with 3D or traditional films.

Among the 360 ​​degree films offered by British Airways, we find in particular Asteroids! or even Bro Bots. The proposed resolution is 1080 pixels per eye, which is a quality that may seem rather low, but in a device you do not have infinite space either. Equipment will be limited to those traveling first class only. It will therefore be necessary to go to the cash register to be able to benefit from it ...

Virtual and augmented reality are disrupting architecture and construction

Virtual reality dating: a rather bizarre but very funny show